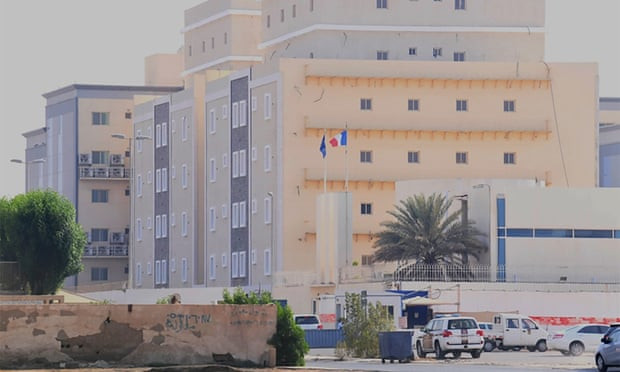 Saudi Arabia police have arrested a man outside the French consulate in Jeddah for allegedly stabbing a guard in Jeddah on Thursday, October 29, state media and the French embassy said.

The Saudi national used a “sharp tool” to injure the guard, who is receiving treatment in hospital, the Saudi Press Agency said.

The attack was reported just hours after three people were killed with two of them beheaded in a ‘terrorist’ knife attack at a catholic cathedral in Nice, France. The attacker was shot and arrested by the police.

The French embassy in Riyadh released a statement confirming the incident. “The French consulate general in Jeddah this morning was subjected to a knife stabbing incident targeting a security guard – an employee of a private security company – and immediately the Saudi security forces arrested the perpetrator,” it said. “The security guard was taken to a hospital, and his health condition remains stable.

“The embassy of France strongly condemns this vicious attack against a diplomatic facility,” the statement read, adding that the embassy “affirms its full support for the victim and expresses its confidence in the Saudi authorities to uncover the circumstances of the accident and ensure the security of French facilities and the French community in the Kingdom of Saudi Arabia”.

The attacks come days after a teenage jihadist beheaded Samuel Paty, a history teacher, for showing pupils cartoons of the Prophet Muhammad while teaching them about the importance of free speech.

He was posthumously awarded the Legion d‘Honneur, France’s highest award by French President Emmanuel Macron in recognition of the fact that he died for trying to explain the importance of freedom of speech.

President Macron also described the murder as an ‘Islamic terrorist attack’ that took the life of the French teacher.

He reportedly said: “Unity and firmness are the only answers to the monstrosity of Islamist terrorism.”