– An APC chieftain, Sam Nkire, has predicted victory for his party in the forthcoming Edo governorship election

With few days to the September 19 governorship election in Edo state, a chieftain of the All Progressives Congress (APC), Chief Sam Nkire, has predicted victory for his party.

The Sun reported that Nkire who is a member of the APC’s national caucus, however, said the win will likely be narrow, adding, “a win is a win.”

He also said those who believed that Edo state was still a ‘PDP State’ were living in the past, adding that the last two governors of the state were APC members. 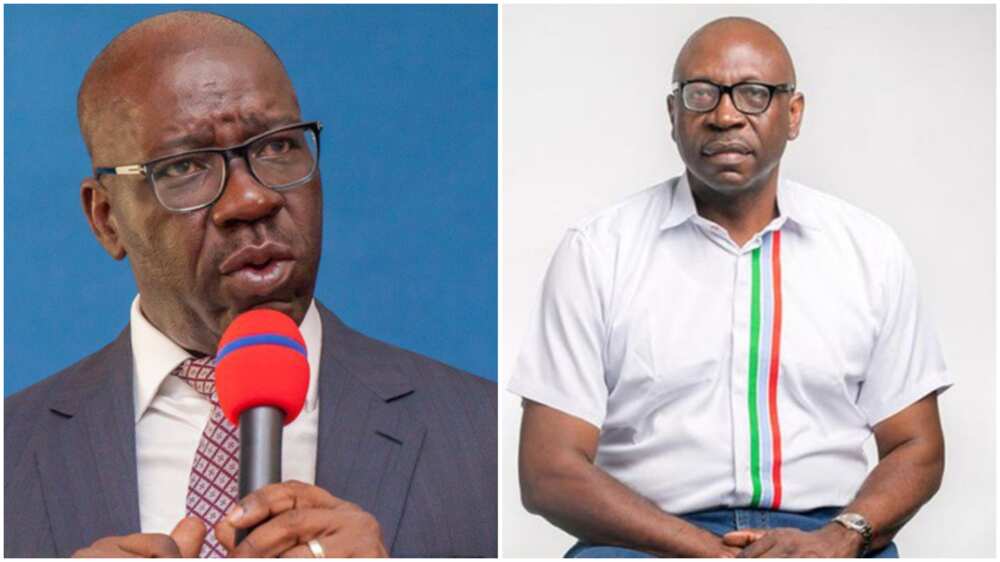 Nkire further claimed that the only way the PDP could win was through electoral malpractice, without which the APC was sure to carry the day.

“It is a well-known fact that it’s not in the character of the ruling party to engage in thuggery or ballot-box snatching and therefore, APC guarantees a clean win without fraudulent practices,” he said.

Chief Nkire maintained that although the Edo state governorship election was not a do-or-die affair for APC as it allegedly seems with the PDP, his party would govern Edo state one more time.

The Edo state governorship election scheduled yo hold on Saturday, September 19. Although 14 candidates are participating in the election, the main focus is on the candidates of the APC, Osagie Ize-Iyamu and his PDP counterpart, Governor Godwin Obaseki.

Meanwhile, Legit.ng previously reported that the Edo Peoples Democratic Party (PDP) campaign council stated that the allegation that it plans to burn the office of the Independent National Electoral Commission (INEC) in the state ahead of the governorship election is false.

Spokesman of the campaign council, Chris Osa Nehikhare, in a statement on Tuesday, September 15, said the claim is a fabrication by the APC in Edo state.

Nehikhare further said, “the APC is made up of people with defeatist mindset, who are grasping at straws in the face of imminent defeat in the September 19 governorship election.”