– Cuppy and her two sisters got a brand new Ferrari Portofino each from their billionaire dad, Femi Otedola

– The FEM crooner while congratulating her, expressed his desire to do the same for his daughters

Singer, Davido, has joined thousands of Nigerians to react after DJ Cuppy showed off her new ride got for by her dad, Femi Otedola.

Recall Legit.ng reported the news of how the billionaire businessman went shopping with his daughters and splurged millions of naira on fast cars – three Ferrari Portofino to be precise – for each of them. 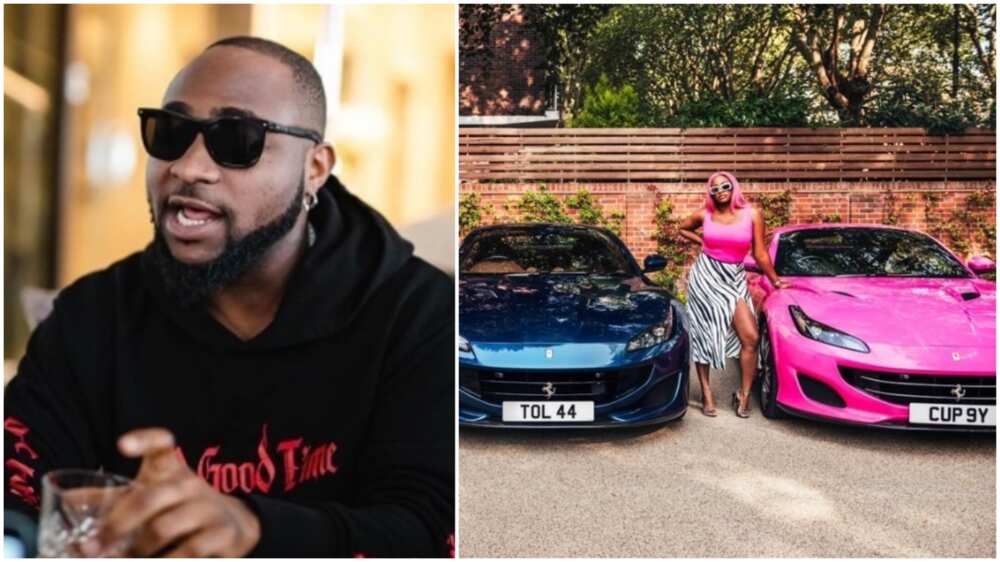 Davido reacting to the news, quoted DJ Cuppy’s tweet, and expressed his desire to do the same for his daughters.

He went on to acknowledge the importance of money.

He wrote: “Congrats cuppy. I will do the same for my daughters one day AMEN .. chai money good.”

Only a few hours ago, Davido took to social media to celebrate the success of his new single, FEM.

Recall Legit.ng reported the news of how the singer made an epic comeback announcing the release of his new track, FEM which is an onomatopoeia for ‘shut up’.

The singer in a recent tweet revealed the music video which he released 5 days ago has racked up over 5 million views already.

Davido has had quite a social media comeback. The singer who released his banging new single and left social media buzzing is set to feature in a Hollywood movie.

Coming To America 2 – the sequel to its original released in 1988 – is set to be released on December 17, 2020, and our very own superstar singer is part of the amazing cast.

Meanwhile, the singer has shared the real reason why he left social media spaces for 14 weeks. Just like he mentioned when he bid goodbye to his millions of followers on social media, the father of three insisted that he needed to take care of himself.

According to him, the many activities that he involved himself in had begun to take a toll on him, so, he decided to concentrate on himself.

I am not jealous of Davido – B Red | Legit TV