– The defence headquarters disclosed that the attack was carried out on Tuesday, September 15

– John Enenche, the spokesperson for the defence headquarters said the attack was executed based on intelligence reports

Several bandits have been killed after the Nigerian Air force bombarded the camps used by the insurgents in the Kwiambana Forest area of Zamfara state.

John Enenche, the spokesperson for the defence headquarters disclosed in a statement that the attack was carried out on Tuesday, September 15. 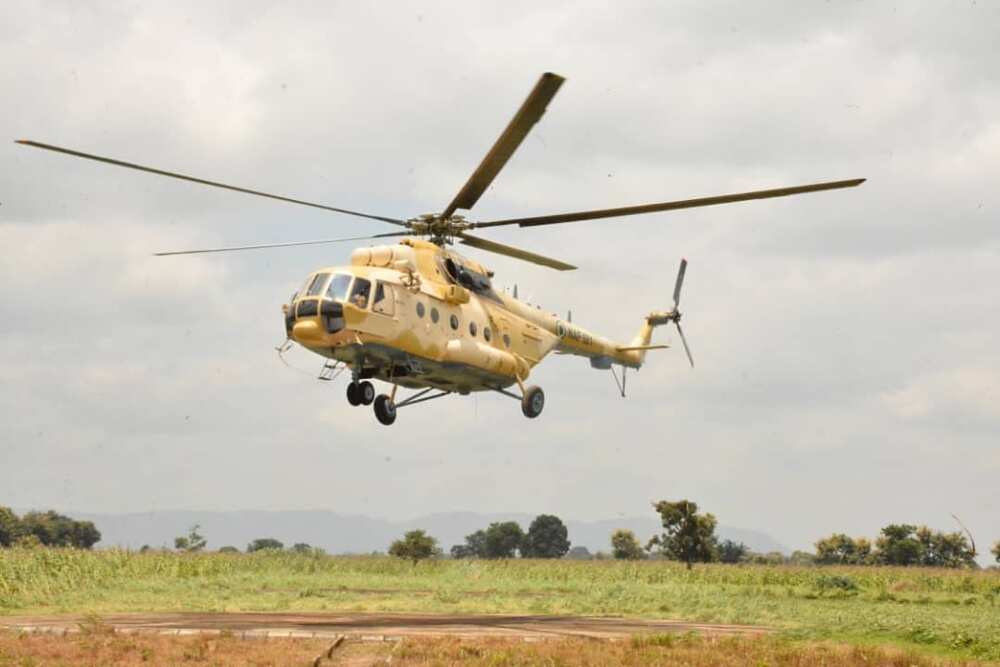 He said the location was targeted after intelligence reports and air surveillance established that the area was been used as a hideout for notorious bandits’ leaders ‘Sani Mochoko’ and ‘Damina’ and some of their fighters.

Enenche stated that the air attack was carried out by Nigerian Air Force (NAF) jets and helicopter gunships who took turns in engaging the target area.

According to the spokesperson, the bombardment resulted in significant damage to the bandits’ structures as well as the killing of several of their fighters.

Below is a video of the air attack of the bandits:

Meanwhile, a former lawmaker in the Benue state House of Assembly, Timothy Iorchor has exonerated Governor Samuel Ortom and Senator Gabriel Suswam over alleged complicity in the killing of wanted militia leader Terwase Akwaza by the military.

Akwaza, popularly known as Gana, who had been on the wanted list of the military, was killed last week by soldiers from 4 Special Forces in Doma, Nasawara state.

Iorchor who was the majority leader in the state House of Assembly between 1999 and 2003, stated that insinuations from certain quarters that Governor Ortom and Senator Suswam may have betrayed Gana, which led to his death are false.

In another report, Nigeria’s chief of army staff, Lieutenant General Tukur Buratai, on Sunday, September 13, charged the troops of the Nigerian army to remain resolute in the fight to end banditry in the northwest region of the country.

Buratai made the charge while announcing an extension of Operation Sahel Sanity, a strategy of the Nigerian army aimed at ending banditry in the northwest region.

The army chief said the troops must remain focused on the plan to eliminate remnants of bandits operating in the northwest.