Femi Adesina, the special adviser on media and publicity President Muhammadu Buhari, on Wednesday, September 16, said Nigeria has always been divided right from the amalgamation in 1914.

The presidential spokesman made the disclosure while speaking on Channels Television show, Politics Today, in reaction to comments made by former President Olusegun Obasanjo and Wole Soyinka, that Nigeria is more divided than ever before.

Adesina while defending President Muhammadu Buhari explained that said the division in the country was before the Nigerian leader came into power back in 2015.

According to him, Nigeria is an inconvenient amalgamation, adding that there is no time in the history of the country that it was not divided. 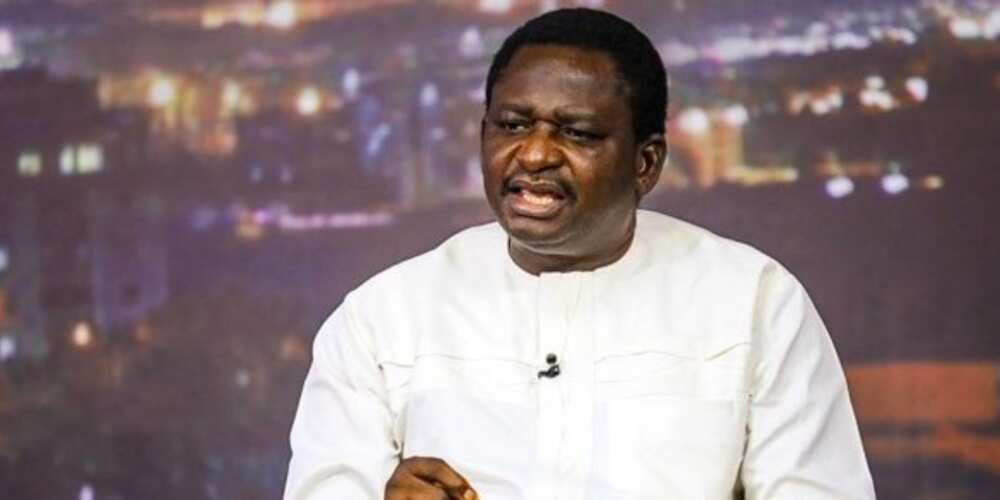 He added though when Buhari took over Nigeria was already divided but the current administration has been making efforts to unite the nation.

The presidential spokesman went on to accuse some people of playing politics with everything by widening the gulf between Nigerians instead of letting harmony return to the country.

“So, if they say Nigeria is divided today, it is because Nigeria has always been divided. And all efforts to unite Nigeria and Nigerians never worked,” he said.

Recall that Soyinka backed the position of Obasanjo on the state of the nation, with the award-winning playwright emphasising that Nigeria is more divided under the current administration.

Soyinka made his position known in a statement he released from his residence in Abeokuta, Ogun state on Tuesday, September 15, titled, “Between ‘Dividers-in-chief’ and Dividers-in-law.”

The elder statesman stated that although he is “notoriously no fan of Olusegun Obasanjo”, he commended the courage of the former president for embracing “the responsibility of calling attention to any accurate reading of this nation from whatever source.”

According to him, Nigeria is divided as never before and this is happening under the administration of President Buhari.

Earlier, Legit.ng reported that the former Nigerian leader unleashed a fresh volley of attacks on the incumbent, President Buhari, over his handling of the country’s affairs.

Obasanjo warned that Nigeria is fast drifting towards a failed state under the administration of Buhari.

Obasanjo was said to have made the claim during a speech titled ‘Moving Nigeria Away From Tipping Over’ which he delivered at a dialogue in Abuja, the federal capital.

The former president expressed sadness at the divided state of the nation and charged that necessary steps have to be taken to prevent the situation from deteriorating further.