– In order to this, the Nigerian government announced the establishment of an agency for recovered loot

A report by The Nation indicates that the federal government has announced a plan to create an agency for Nigeria’s recovered loot.

Legit.ng gathered that the Federal Executive Council (FEC) on Wednesday, September 16, approved the establishment of the Proceeds of Crime Recovery and Management Agency Bill.

Abubakar Malami, the minister of justice and Attorney-General of the Federation (AGF) made this known after the FEC meeting at the Presidential Villa.

Malami speaking to State House correspondents said the agency will be responsible for the management of the assets that constitute the proceeds of crime in Nigeria. 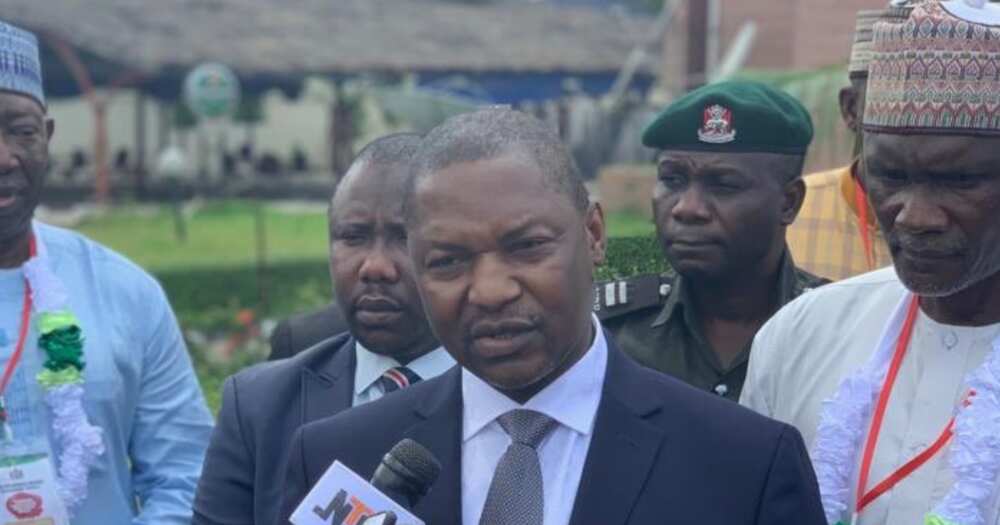 According to the AGF, the bill approved by FEC is targeted and intended to have in place a legal and institutional framework.

It was gathered that once the agency is established it will be tasked with documenting and managing all recovered stolen assets.

This will end the era when various government agencies work at disagreement with regards to recovered loot.

He explained that it would guarantee transparency and accountability as the proceeds of crime were scattered all over, and mostly in the hands of different government agencies.

Meanwhile, Legit.ng previously reported that the federal government said that it cannot account for how the recovered loot of former Nigerian military dictator, General Sani Abacha, was spent between 1999 and 2015.

The government made this disclosure through the minister for justice. Malami’s words were in reaction to a Free of Information request submitted to his office by the Socio-Economic Rights and Accountability Project (SERAP), demanding to know the way recovered Abacha loot was being used.

SERAP had made FOI requests to Malami’s office as well as that of the minister of finance, budget and national planning, Zainab Ahmed.

In a related development, SERAP filed a lawsuit against President Muhammadu Buhari over the failure to publish details about the N800bn recovered looted public funds.

The group disclosed on Sunday, Agust 30, that the suit was instituted to compel the president to disclose the dates of the recovered looted funds and details of projects on which the money has been spent.

SERAP said the suit was filed at the Federal High Court in Abuja based on the president’s disclosure during his Democracy Day speech that the government has recovered looted funds in excess of N800 billion and that these monies were being used for development and infrastructure projects.