After Kevin Wesley left Christianity and gave up on Jesus Christ, he started practising an ancient African religion.

His newly-found faith was followed by two wives who seemed to give him purpose and drive. 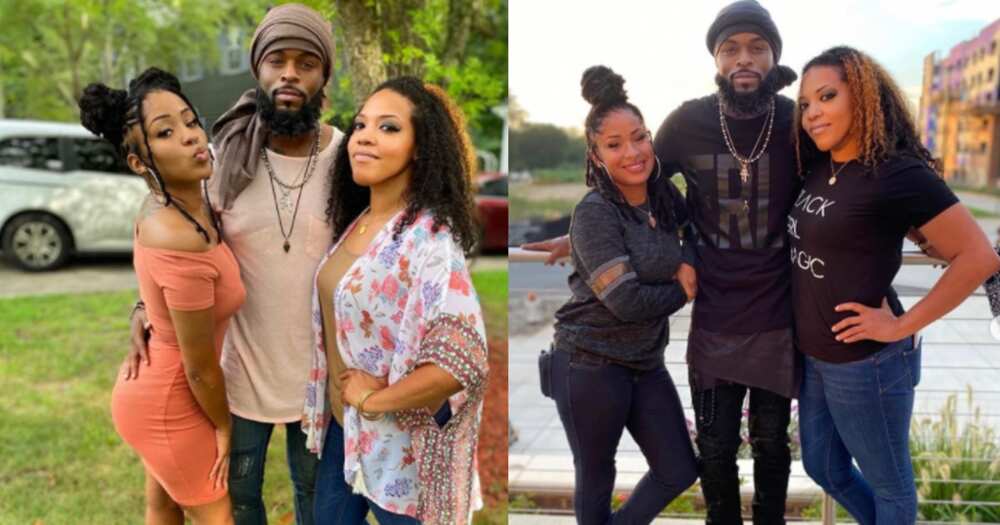 The father-of-six who also happens to be a grandpa told his fans through Instagram that his two women sometimes get jealous of one another.

Kevin who has been pictured multiple times embracing both ladies and loving up on them in public said any human is bound to get jealous.

The dad also added he has a lot of love to give and lives with both ladies under one roof.

The ex-pastor claimed his women love and accept each another but are bound to disagree from time to time.

Kevin said being in a marriage that has two wives challenged him to think differently and be willing to care about other people’s feelings.

“When you can separate your emotions and old programming from new concepts, there can be something beautiful on the other side,” he wrote.

In other news, Pastor Bongolethu Mzozo and his wife surprised each other with brand new luxury vehicles.

The pastor’s wife surprised her hubby with a brand new expensive car, a luxury Lamborghini Urus worth 5 million rand as his birthday gift.

The power couple from Cottonlands in Durban became the talk of the town as the pastor decided to give something back to his wife. He also bought his lovely wife a luxury Mercedes Benz G Class.

Pastor Mzomzo couldn’t believe his eyes when he saw the gift from his wife.

“Thanks to my wife. What a surprise. She decided to spoil me,” he told Briefly.co.za. Buying expensive gifts has become a habit for this couple.

The latest gifts they bought each other came just a short while after the power couple bought a BMW i8 and another Mercedes Benz G Class.