– The Nigeria Security and Civil Defence Corps said it has deployed about 13,3111 personnel to Edo state

– Abdullahi Gana, the NCDC chief said the deployment was to ensure that the election is free, fair and credible

Ahead of the forthcoming Edo governorship election, the Nigeria Security and Civil Defence Corps (NSCDC) has deployed about 13,3111 personnel to ensure a violence-free exercise.

The Sun reported Abdullahi Gana, the commandant general the NSCDC, disclosed this in a statement made available on Wednesday, September 16, in Abuja.

Gana revealed that the deployed personnel were drawn from the Corps Headquarters and its commands in Kogi, Anambra, Bayelsa, Delta and Ondo state. 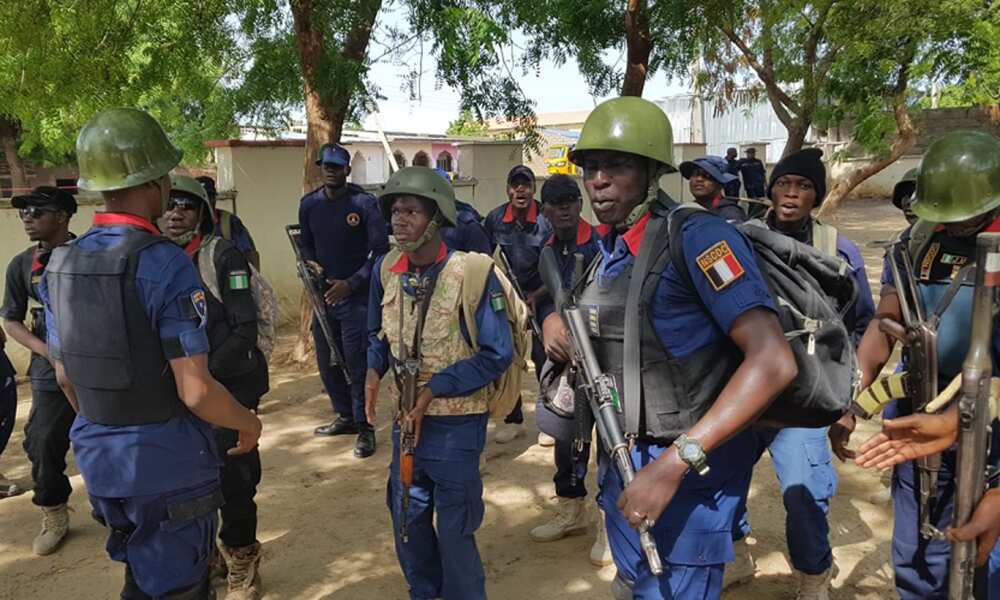 Legit.ng gathers that the security agency also deployed 60 sniffer dogs to INEC office for crowd control and detection of combustive elements among others.

The NCDC chief said that the deployment was to ensure that every act of electoral malpractice, violence and other social vices that could affect the smooth conduct of the elections were curtailed.

He noted that all deployed personnel were trained on the new electoral guidelines as regards to COVID-19 before embarking on the security exercise.

General Abubakar, as the chairman of the National Peace Committee (NPC), made this appeal to Obaseki and Ize-Iyamu after the duo signed the peace accord ahead of the election.

The former Nigerian leader told both rival flagbearers that their integrity as politicians are at stake in the poll.

In another report, the Edo chapter of the Peoples Democratic Party (PDP) has expressed gratitude to President Muhammadu Buhari for deploying adequate security to the state, ahead of the September 19 governorship election.

Spokesman of the party in the state, Chris Osa Nehikhare, on Tuesday, September 15 said that “the efforts so far put in place by the Buhari-led government to ensure the security and safety of Edo people, before, during and after the election, deserve commendation.”