By Mark Nicol Defence Editor For The Mail On Sunday

The captain of an RAF Voyager was arrested on suspicion of drink-flying moments before his jet was due to take off.

Military police stopped the refuelling tanker as it was taxiing down the runway at RAF Akrotiri in Cyprus.

The pilot and one crew member were arrested after allegedly failing a breathalyser test and taken to a military detention centre.

An insider said it came after station commanders became aware of a ‘riotous’ party at the base the night before in which fire extinguishers were set off as a prank. 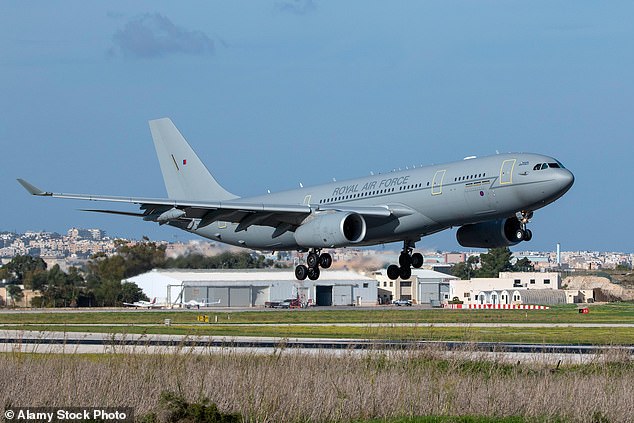 The captain of an RAF Voyager (pictured: library image) was arrested on suspicion of drink-flying moments before his jet was due to take off

The source said: ‘An officer who got rudely woken up by the party decided to get his revenge on the Voyager crew by tipping off top brass at the air base.

‘The Voyager got as far as the runway “hold short” location before military police ordered it to stop.

They had really infuriated people the night before with their behaviour so somebody was always going to get their own back.

‘When people found out the drunken crew were due to fly the next day they had to brief the chain of command because at that stage there was a serious safety issue.’ 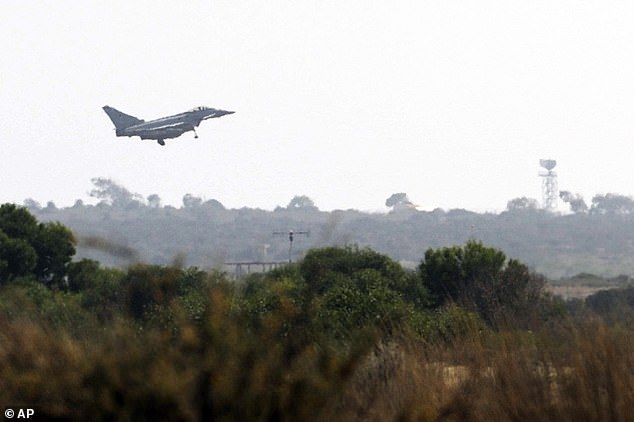 Voyagers – known as the petrol stations of the skies – support sorties by RAF Lightning and Typhoon strike aircraft used for precision bombing of Islamic State strongholds in Iraq.

The RAF confirmed last week’s incident but declined to answer questions about the nature of the Voyager’s mission.

A spokesman said last night: ‘We are aware of an incident at RAF Akrotiri and it would be inappropriate to comment while an investigation is ongoing.’