– The official host of 2020 of BBNaiaja lockdown edition, Ebuka Obi-Uchendu, has funnily said that he cannot handle tonight’s eviction show

– Ebuka asked who would like to do so for him, making his post to generate massive reactions on the things he must talk about on live TV on Sunday, August 30

– During the cause of the week, relationships have been reconfigured in the house, and those who are still together are having a shaky ride

Ebuka Obi-Uchendu, the host of BBNaija lockdown edition, has given his fans what to talk about on Twitter as he humorously said that he cannot host today’s live show on Sunday, August 30.

Going by his series of tweets on the twists and dramas involving housemates and how so much has happened in the house in just one week, his latest statement could be seen as a funny show of frustration at how so many things will be unpacked during the eviction show.

It should be noted that the BBNaija live show is not just another night when housemates are evicted, it also serves as a review of the highlights of the week as Ebuka gets to talk to the housemates, and some times, gets “tables broken”.

Little wonder viewers are always looking forward to it. At the show also, secret conversations the housemates think they had in confidence with one another could come to the fore.

In his tweet on Saturday, August 20, Ebuka said: “Please who wants to host the live show later today? Because at this point I can’t” 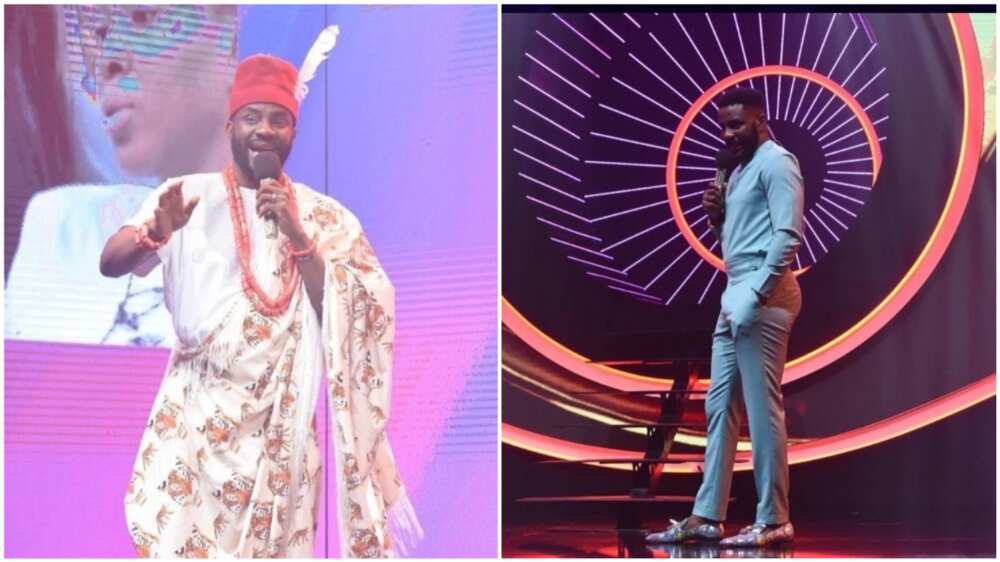 Below are some of the reaction his post got:

Regarding some of the dramas he would be confronting tonight, recall that like melting sweet chocolate that soon dissolves in the mouth, the relationship between Kiddwaya and Laycon hit the rock a few days ago.

On Friday, August 28, Erica went back to Laycon to have a heart-to-heart conversation with him. Cutouts of their conversation have since trended online.

When she talking to Kiddwaya in the presence of Trickytee and Prince, Erica said she was bored of him and whatever they had going on.

She added all he brings to the table is physical intimacy and nothing else. The lady said she knows her worth and does not deserve all the things he messy things he gives her.