– Edouard Mendy, Rennes goalkeeper, has been identified as the man to provide competition for current Chelsea No.1 Kepa Arrizabalaga at the club

Chelsea have identified Senegalese goalkeeper Edouard Mendy as the man to provide competition for current No.1 Kepa Arrizabalaga at the club.

It was gathered that Rennes rejected Chelsea’s offer of €17m (£15m, $20m, N6.5bn) for Mendy last week but Frank Lampard’s side are back with an improved bid.

Mendy became a very important player at Rennes after helping his team to their first ever Champions League spot with a third-place finish in Ligue 1 last season.

He only arrived at Rennes last summer after several successful campaigns with Stade de Reims, and has a contract with the club until 2023. 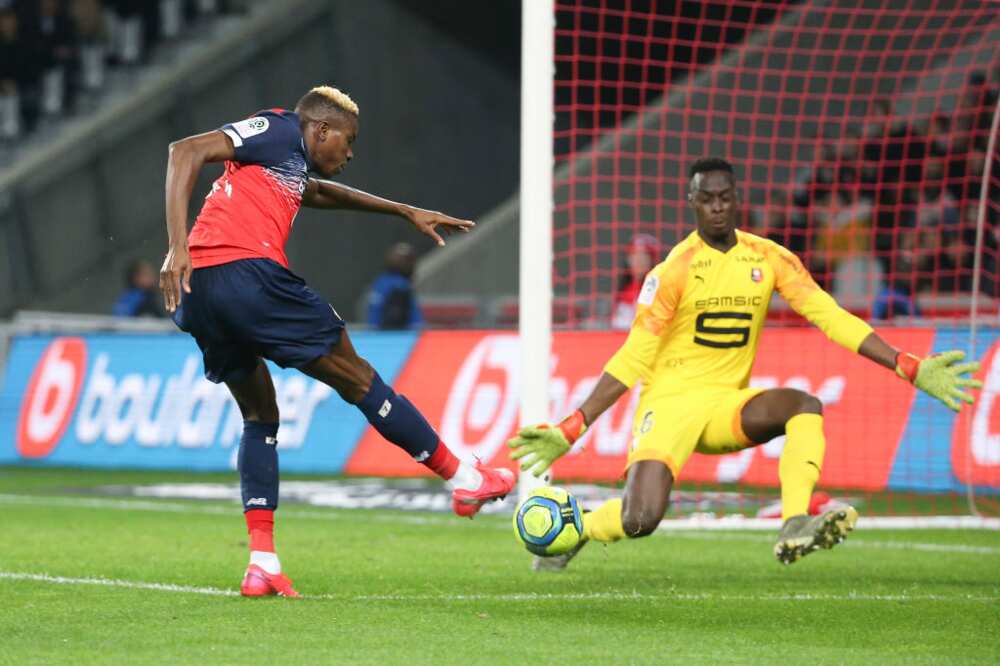 It is left to be seen if Rennes will accept Chelsea’s improved offer for the goalkeeper who started Rennes’ Ligue 1 opener against Lille but missed his side’s win over Montpellier on Saturday, August 29, due to personal reasons.

Chelsea are looking to bring in more new faces at the club ahead of the start of the new season.

They expect to complete their most expensive signing this week as Bayer Leverkusen star Kai Havertz looks destined to join the club.

Earlier, Legit.ng reported that one of Chelsea’s summer signings Hakim Ziyech gave Frank Lampard a huge scare after limping off on his debut for Chelsea in their friendly game against Brighton & Hove Albion at the AMEX Stadium.

The 27-year-old midfielder only lasted 54 minutes before being considered unfit for the remainder of the preseason encounter which ended 1-1.

Ziyech joined the London club from Ajax Amsterdam this transfer window in a five-year deal valued around €44 million.