There could be around 500 big cats prowling in the British countryside, a wildlife expert believes.

Dr Andrew Hemmings, of the Royal Agricultural University in Cirencester, said he believes there could be around 250 black leopards and 250 pumas in the wild.

There have been claimed sightings of big cats in the British countryside for decades, captured with blurry photographs, but there has been little evidence, The Times reported.

Dr Hemmings said that, because of the consistency of sightings, lack of signs on inbreeding and skill at deer hunting, around 80 per cent of the reports he received were credible. 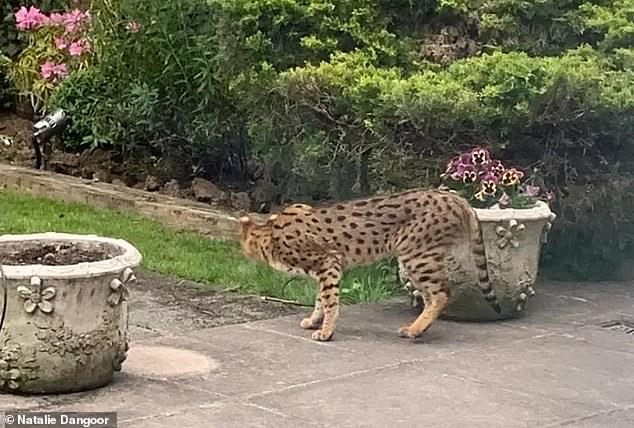 He said most of the witnesses and informants are reliable people, such as police officers and scientists.

Dr Hemmings has identified bite marks on five animal carcasses which are the size of a leopard or puma. He says they could only be made by a non-native cat.

In the study, which the university plan to publish in a peer-reviewed journal, they fed black leopards and pumas at Exmoor Zoo. They then saw the tooth imprints matched their samples.

On August 9, a large wildcat resembling a Savannah cat was caught on camera around 4pm wandering across Coldham’s Common in central Cambridge. 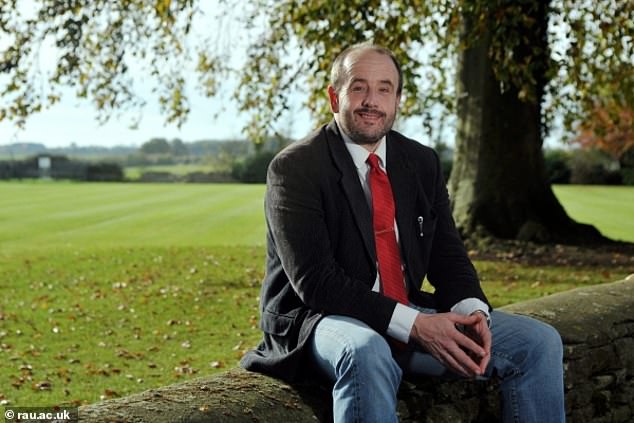 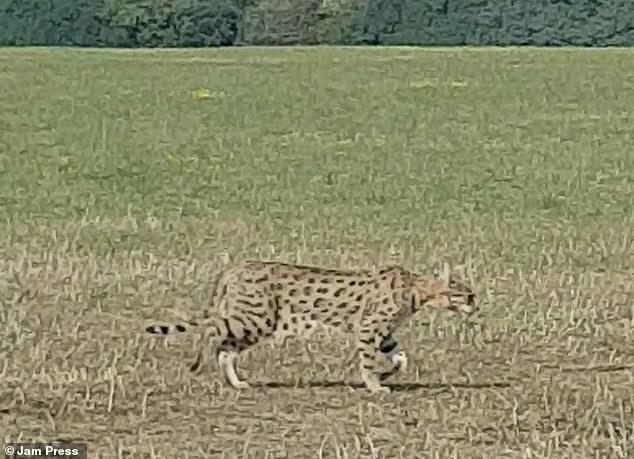 Dan Underwood, a Cambridge resident who spotted the animal, said: ‘It was the size of a medium dog, lean and very agile looking. It was a light sand colour with dark spots, and big pointed ears. Much bigger than a regular cat.’

‘It had no collar and didn’t seem to be in any panic. It just simply walked on by. It walked by, stopped for a sec then carried on walking.’

A ‘big cat’ sparked panic in an upmarket Hampstead neighbourhood at the end of May when it was spotted prowling through gardens. 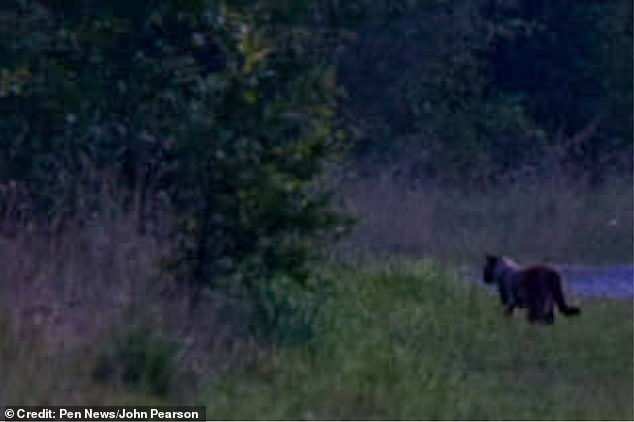 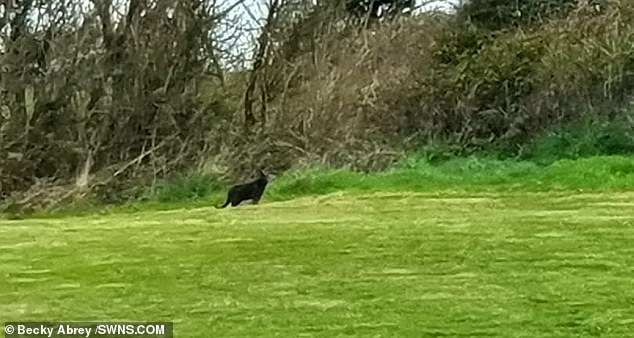 Another big cat, the size of an ‘Alsatian’ was spotted in Praa Sands, Cornwall, in April last year

An armed police response unit was deployed after frightened residents raised the alarm.

Danny Reynolds, from Exmoor Zoo, said he believed the animal was a Serval, which requires the owner to have a Dangerous Wildlife license.

A cheetah-like cat was spotted in the same area in September last year and Dr Neetu Nirdosh said her children were too terrified to play outside.

She said the big cat, which was reported to be a Savannah, a domestic cat, had circled them on the grass, bared its fangs before biting and tugging at her daughter’s jumper. 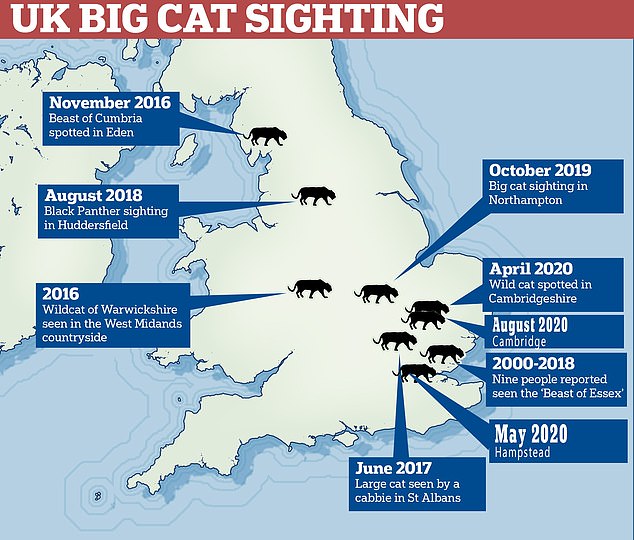 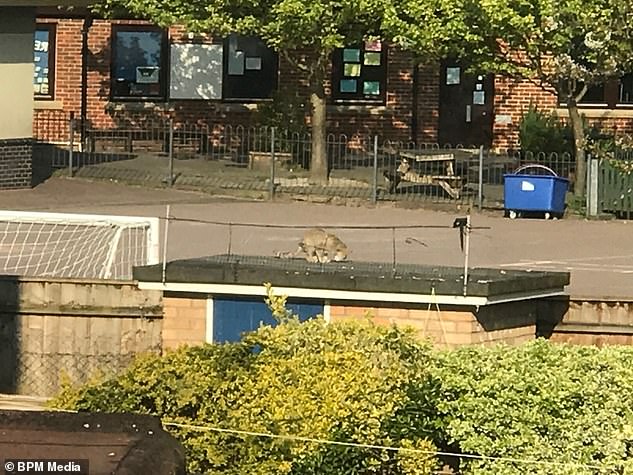 A Cambridge University worker, who wished to remain anonymous, spotted the ‘big cat’ from his kitchen window in central Cambridge in April

In April, another big cat was spotted by a Cambridge University worker who took a picture from his kitchen window.

The cat was described as ‘the size of a Labrador’ with ‘big claws’ and was spotted in a back garden in central Cambridge.

In 2013, Dr Hemmings, a senior lecturer in animal science, spent a year examining 20 animal skeletons which all bore unusual teethmarks.

Some of the livestock and deer remains, found by farmers, landowners and volunteers, had been found in unusual circumstances which suggested that they may have been killed by a big cat. 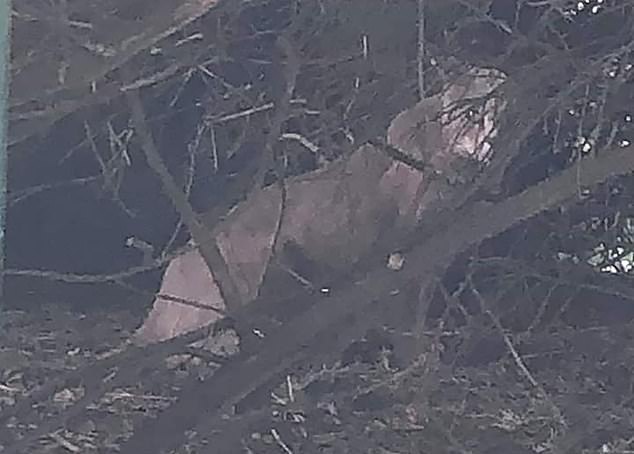 Thought to have been snapped in Cumbria, one woman spotted what is thought could be a puma in nearby trees when she stopped by the roadside in April this year 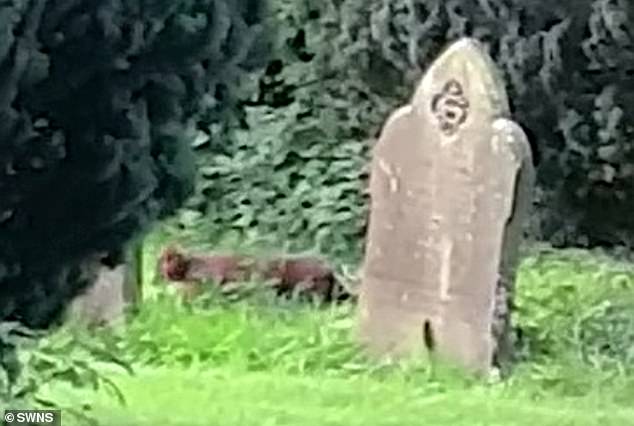 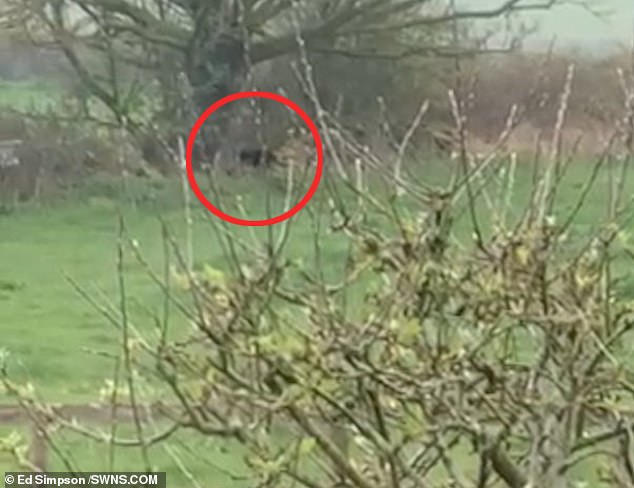 A ‘Labrador sized’ feline was spotted outside The Fox Inn pub in Broadwell, the Cotswolds, in April last year