– The sad incident occurred in Ikare-Akoko area of the state on Saturday, August 29.

A report by Sahara Reporters indicates that many people were feared dead while scores sustained serious injuries following an accident that occurred in Ondo state.

Legit.ng gathered that the online medium said the sad incident was caused by a diesel truck that lost control and rammed into a commercial area in Oloko street, Ikare Akoko, area of the state.

An eyewitness told the medium that the accident occurred around 4:30 pm on Saturday, August 29.

He was quoted to have said the truck driver lost control and rammed into shops within the area.

These details about Kyoto Animation fire will shock you 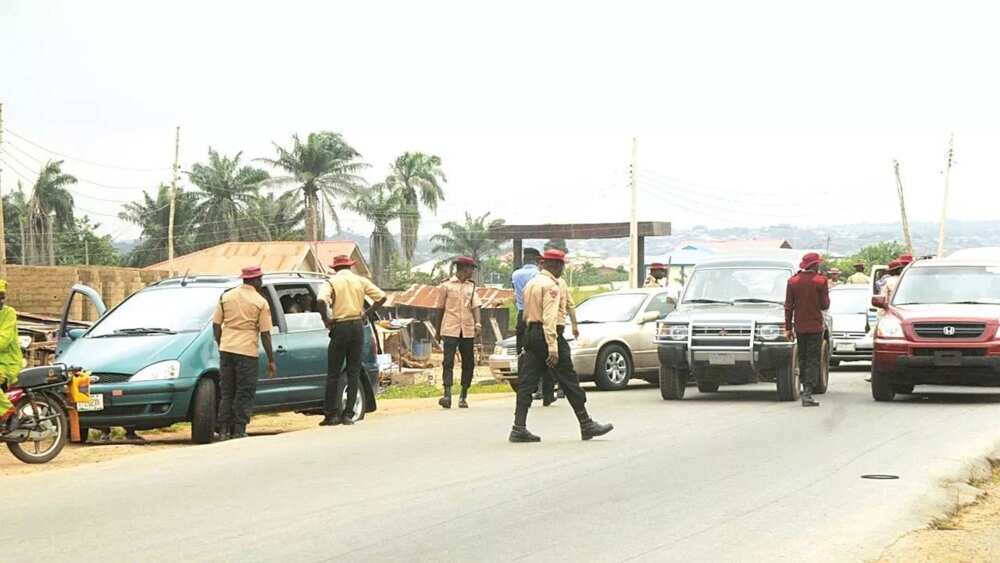 Another witness was reported to have said that the injured victims have been taken to the state’s specialist Hospital in the town and Federal Medical Centre, Owo.

Meanwhile, Legit.ng had previously reported that about 10 persons lost their lives after a boat capsized in Lagos while three people were missing.

It was reported that the sad accident occurred around 5:45 pm on Wednesday, July 29, at Kirikiri, Apapa, less than 24 hours after 18 persons cheated death in two boat accidents in Victoria Island.

The crash was as a result of an engine failure developed shortly after the boat left Kirikiri jetty for Badagry. 18 persons were said to b onboard with five of them were rescued by Marine Police operatives.

In another report, tragedy struck in Delta state on Wednesday, July 22, as a tanker laden with petroleum products exploded around Koko junction section of the Benin/Saepele Expressway in Ethiope local government.

The ugly incident claimed the lives of at least 20 persons who were reportedly burnt to death, according to a report.

An eyewitness said she was headed to Sapele from Benin when the Nissan Quest car she drove with other passengers was locked down in the heavy gridlock the incident precipitated on the road.

The Lagos state Sector Commander of FRSC, Olusegun Ogungbemide, made the announcement in a statement on Sunday in Lagos.