Real Madrid stars were left in shock after hearing of the news that Lionel Messi wants to leave Barcelona this summer.

The Argentine is ready to leave behind all he has achieved at the Camp after submitting a transfer request in the past few days.

The news of Messi’s potential departure have surprised players from rival club Madrid and the entire footballing world. 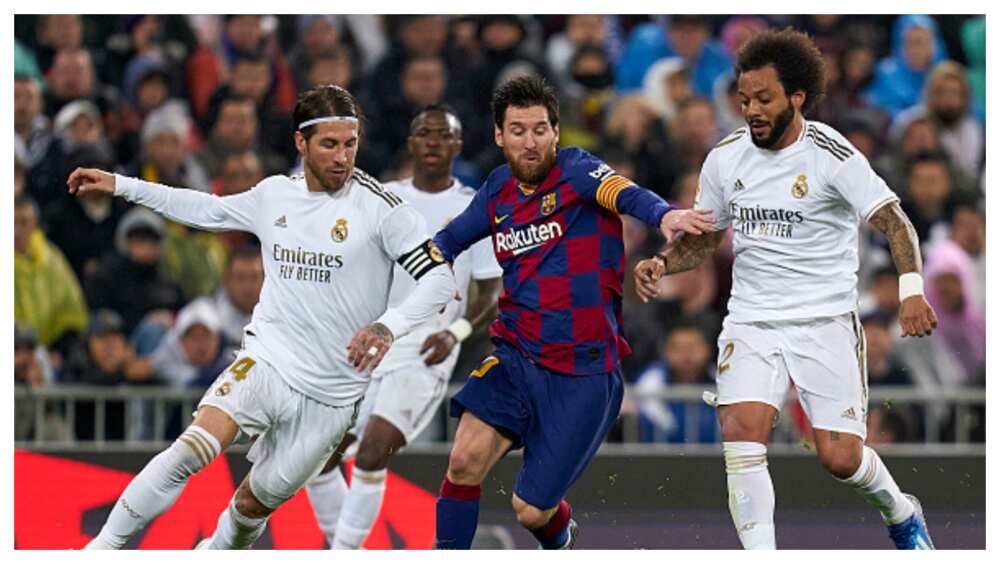 According to ESPN, a lot of messages were exchanged among Real players in their WhatApp group after hearing the shocking news.

It is understood that Los Blancos star could not come terms with Messi demanding his own exit from his boyhood club.

Every member of Los Galaticos have faced the six-time Ballon d’Or in several El Classico clashes as Messi boasts 26 goals against the La Liga champions, making him the highest.

Barcelona failed to win a single trophy for the first time in as many years after losing the La Liga title to Real and were dumped out of the Champions League by Bayern Munich.

But there is still a debate over whether his massive £630m release clause will have to be paid or Messi leaving as a free agent.

Reports claim Messi is willing to reunite with his former boss Pep Guardiola at City as the Premier League club is favoured to sign the Argentine.

Meanwhile, Legit.ng had earlier reported that Lionel Messi could finally play together with Cristiano Ronaldo for the first time in history as Juventus have tabled a bid for the Barcelona star, reports claim.