– Governor Godwin Obaseki has delivered on key security structures such as a functional marine police base, gunboats and accommodation for security personnel

The development of the Benin River Port has been activated by the Governor Godwin Obaseki-led administration in Edo state.

Before now, the governor had insisted that the process of developing a port is complex, requiring several layers of actions and value chain activities that create the right environment for port operations.

Beside the dualisation of the main road to the port, the state government has completed the siting of the marine police base with infrastructure to enable them secure the environment when the contractors for the port development commence mechanical work on the site. 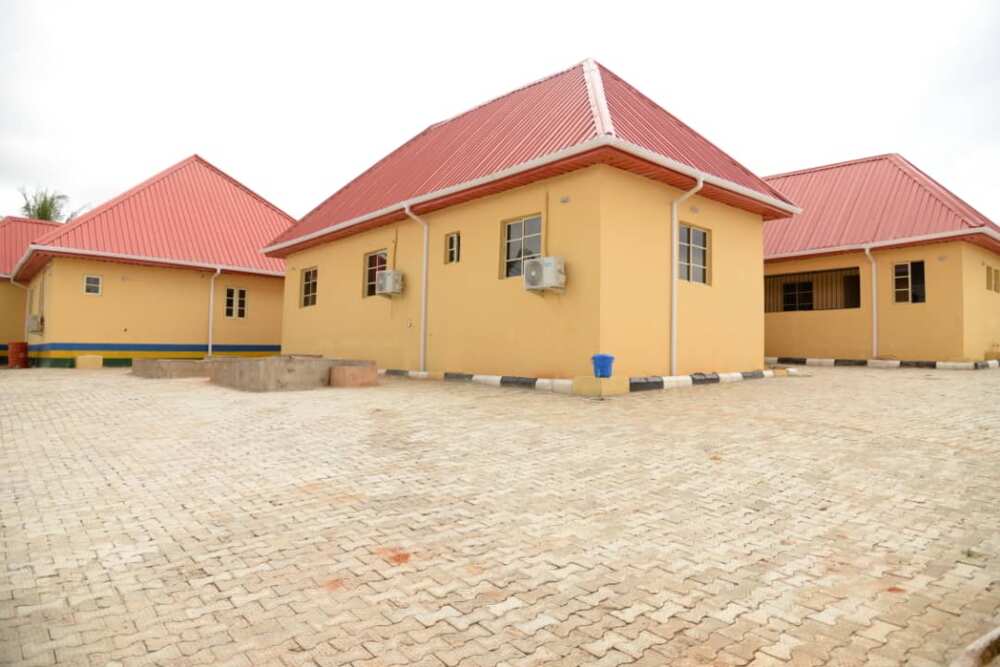 The accommodation for police personnel at the base. Photo credit: @EdoStateGovt
Source: Facebook

Speaking during his inspection of the Marine Police Base, Governor Obaseki said the eight gunboats, marine police post and accommodation for security personnel, among other projects executed by the state government, would prepare the ground for the take-off of the port project and check criminality and insecurity in the riverine community.

The governor who was accompanied by his deputy, Comrade Philip Shaibu, said the facility tour was part of his reelection campaign programme in Ovia north east local government area of the state.

Addressing journalists at the facility, Obaseki said: “We are here to assess the security investment we have made in Gelegele community. You can see that we have built a Marine Police Post and accommodation for the Marine Police establishment here.

“This is a very porous waterway that leads to Ondo state and the rest of the Niger Delta. It is important we secure the community against pirates and kidnappers.

“In addition to the investment made for the Nigeria Police in terms of building accommodation and a police station, we have also bought four gunboats and four ancillary patrol boats. We have eight gunboats, which the state government invested in for the police to secure this axis.”

Political watchers in Edo say Governor Obaseki has been very consistent in siting laudable projects across the state.

Recall that the Onojie of Ekpoma, His Royal Highness (HRH), Anthony Abumere II, on Friday, August 21 commended Governor Obaseki for his projects across Ekpoma, Esan West local government area of the state.

The traditional ruler, who was impressed with the various developmental projects executed by the Governor Obaseki-led administration in Ekpoma, assured the governor that his people would show their appreciation with their votes at the September 19 governorship election.

“On behalf of myself and all the traditional rulers in Esan West local government area of the state, I want to sincerely thank you for all the visible projects across Ekpoma. We are seeing your good work,” he said.

Legit.ng had earlier reported that Governor Obaseki on Friday, August 28, commissioned the fourth coronavirus molecular laboratory to boost testing capacity for the disease in the state and to contain the pandemic.

Commissioning the testing facility at Lily Hospital in Benin city, the governor said the laboratory is the first privately owned PCR laboratory in the south-south region of the country.

He noted that several investments have continued to flood the state following the conducive environment created in the state by his government.