– Olumide Akpata has been sworn-in as NBA’s 30th president

– Akpata was sworn-in on Friday, August 28, during the NBA’s Annual General Meeting

– Akpata took over from his predecessor, Paul Usoro

Olumide Akpata, the newly-elected president of the Nigerian Bar Association, has been sworn-in to lead the national legal body.

Akpata floored two rivals who are Senior Advocates of Nigeria (SANs) in the election which was held in July 2020 to become the first lawyer to emerge president of the NBA before attaining the rank, Guardian reports. 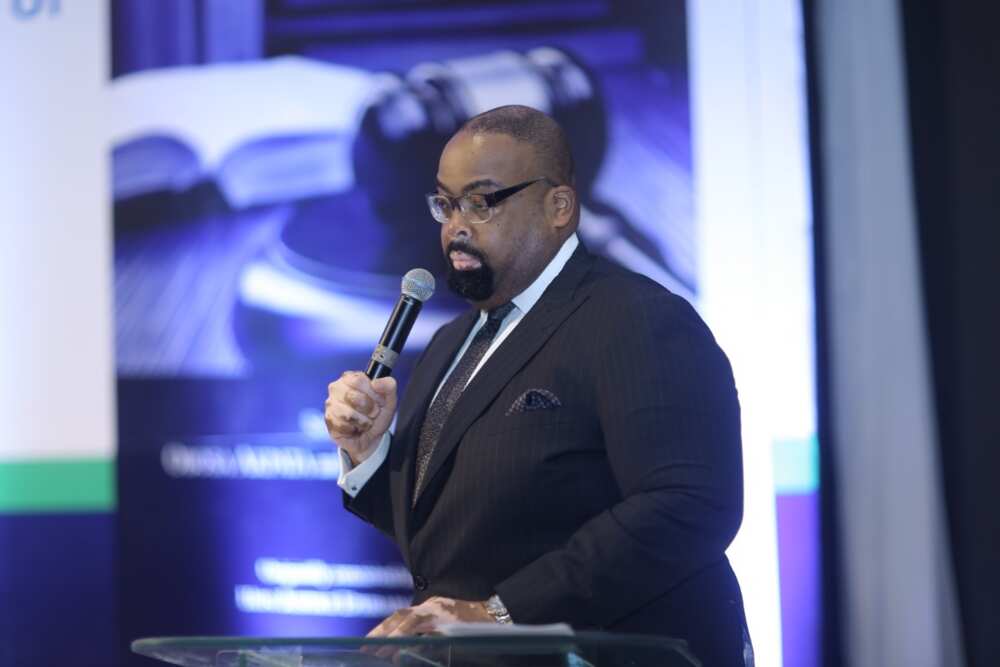 Making his first speech after being sworn-in, Akpata said: “The Bar I want to lead is that which is united as one force. But this task cannot be achieved if we divide at a time we should be united.”

Among the promises he made, the new NBA boss vowed to champion a lot of reforms which will also positively affect the organisation’s electoral process.

Akpata added that he will establish an efficient data management system for NBA ensure credible elections during his tenure and beyond.

Even more, he promised enhanced welfare package and the reconstitution of continued legal education.

Earlier, Legit.ng reported that Akpata polled 1,002 votes which represent 54.8% of the total votes cast at the election.

Akpata floored two contenders at the poll: Babatunde Ajibade who polled 808 votes and Julius Adesina who claimed 679 votes. Akpata is the first president of the association to emerge from the outer bar in 30 years.

However, a human rights activist who is also a lawyer, Chidi Odinkalu, has accused the electoral process of being occasioned by rigging and manipulation.

Meanwhile, Legit.ng reported that following the invasion of the residence of Mary Odili, a judge of the Supreme Court, by protesters, the NBA had described the action as barbaric and uncalled for.

After the apex court’s judgement that sacked David Lyon of the All Progressives Congress in Bayelsa state, some protesters besieged the Abuja residence of Odili, accusing her of influencing the ruling in favour of the Peoples Democratic Party (PDP).

2023 Election: Will President Buhari really run for a third term? | – on Legit TV