Sadio Mane is ready to take up the challenge and become Lionel Messi’s replacement at Barcelona, according.

The Liverpool striker is willing to reunite with his former boss Ronald Koeman who he played under during his spell at Southampton.

The Senegalese international has established himself as a world class player since joining the Reds finishing in the top five places in the 2019 Ballon d’Or awards. 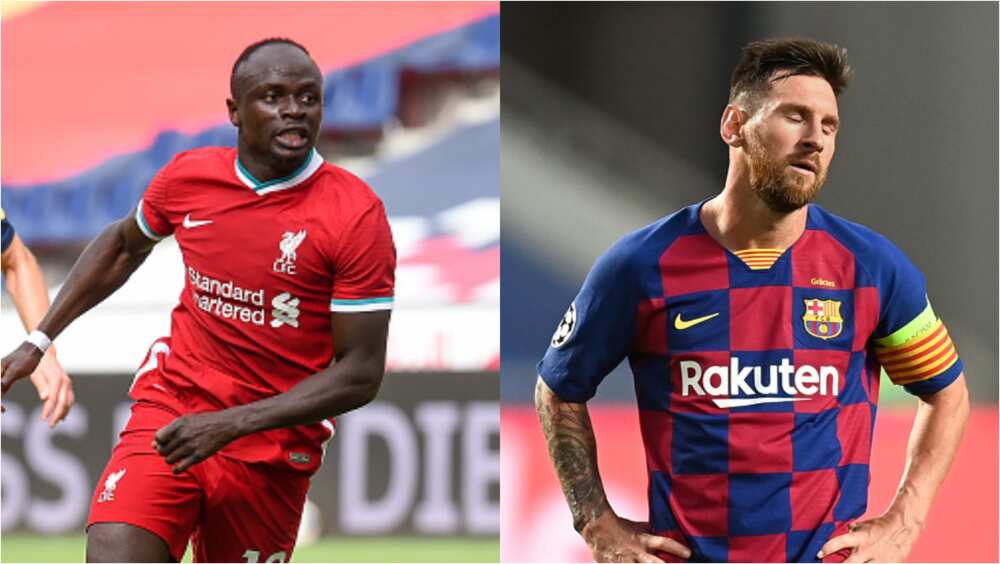 Mane was also a key member in Jurgen Klopp’s successes at Anfield in the last two years winning the Champions League and the Premier League titles.

And according to Spanish news media outlet Mundo Deportivo, Mane believes if he joins Barcelona it would help him win more indidvidual honours.

La Blaugrana will need to meet Mane’s £107million buy-out clause which would be no problem for them to pay.

Mane’s current deal with the Merseyside club expires in the summer of 2023 and is believed to be currently earning £220,000-per-week.

He was last summer’s target for Spanish giants Real Madrid but Los Blancos could not persuade the current African Footballer of the Year to move to Spain.

Mane is expected to be in Liverpool’s line up when they file out against Arsenal in the Community Shield fixture at the Wembley Stadium.

Meanwhile, Legit.ng had earlier reported that Sadio Mane has been tagged to be the player to fit into Lionel Messi shoes if he leaves Barcelona this summer, according to reports.