Robert Lewandowski believes he has done enough to win the prestigious Ballon d’Or award after winning a treble with Bayern Munich.

The Poland international also scored more goals than any other player in Europe with an impressive 55 strikes in 47 appearances making him the top marksman in all competitions. 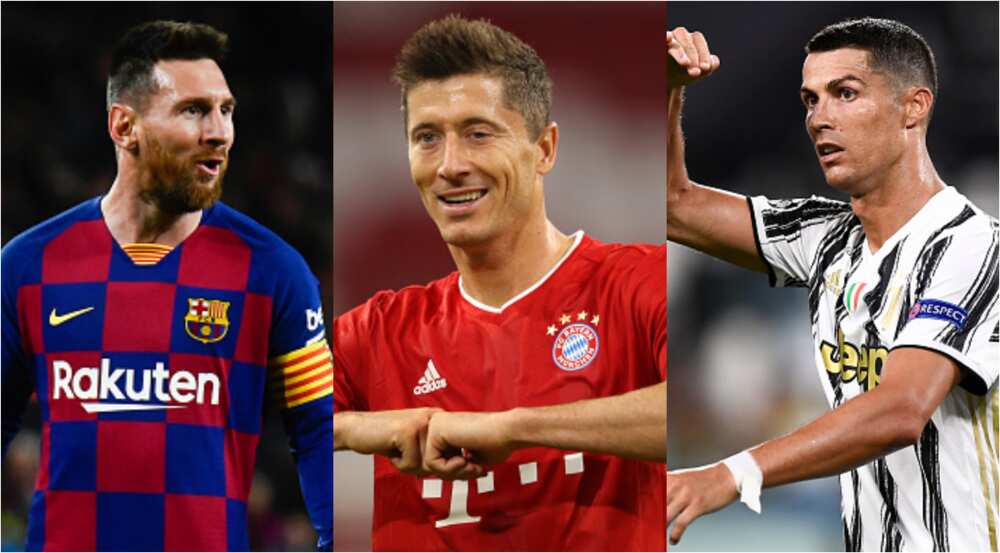 The former Borussia Dortmund striker also scored in every one of his Champions League appearances up until the final.

And the lanky forward believes we would award himself the best player in the world if he was to be in charge of the individual prize organized by France Football.

“We won everything there was to be won. I was the top scorer in every competition. I think if a player has achieved that much, he should win the Ballon d’Or,” he told Polish outlet Onet.

But France Football have decided not to host the award this year considering some leagues in Europe ended their season due to the global pandemic.

That means Lewandowski will have to wait another one year to try and take mantle from the regular winners Messi and Ronaldo.

Meanwhile, Legit.ng had earlier reported that Robert Lewandowski has hinted that he actually slept beside the prestigious Champions League trophy after he posted a picture of himself and the prestigious title in bed.

He becomes the first player in history emerge treble top scorer in each of the tournaments he won having scored a total of 55 goals in all competitions at the just concluded season.

A 59th minute strike by Kingsley Coman was enough to hand the German club their sixth UEFA Champions League trophy.