BBNaija housemate Kiddwaya has opened up on some moments about his growing up with his partner Erica.

He told the beautiful lady during one of their intimate conversations why he doesn’t express his love to her.

According to him, he didn’t get so much love from his parents when he was growing up. The billionaire’s son revealed that his father only showered him with money. 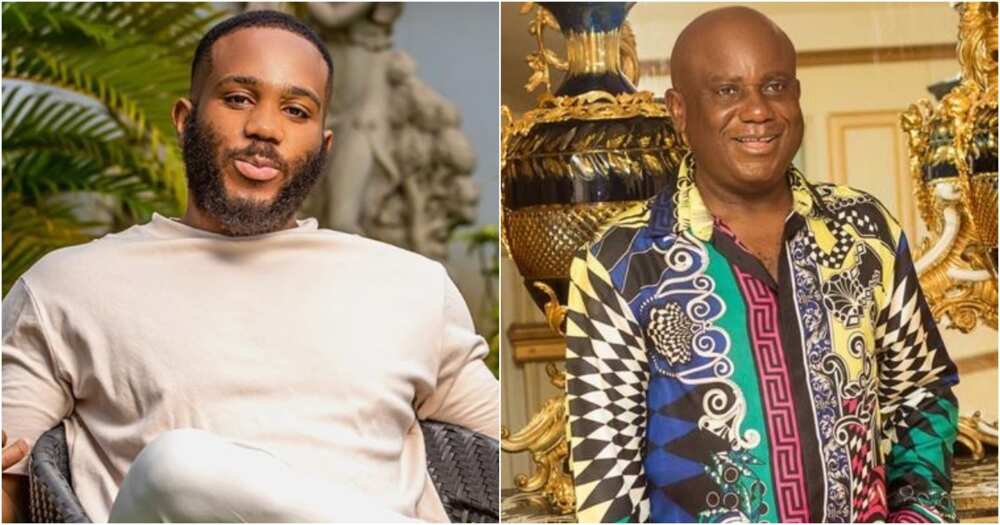 Noting that his mum shows him motherly love, Kiddwaya noted that he wanted more from both of his parents.

The former Head of House stated that his father always gave him money in place of love. According to him, Terry Waya doesn’t have enough time to spend with him, so, he replaces that time with money.

“I don’t easily get to express my love or how I feel for a lady. I didn’t grow up that way. I am probably being so because of how I had lived and grown up. My dad doesn’t show much love, he is not around to give it, so, he gives money instead. And my mum, well she shows motherly love but I think I wanted more love from them,” he revealed.

In other news, Legit.ng earlier reported that Kiddwaya’s father said he would hold 2 luxury Versace weddings for Erica and his son.

Discover all the interesting details about Simone Alexandra Johnson, The Rock’s daughter

Terry Waya said this during an Instagram live chat with veteran journalist Dele Momodu. The BBNaija housemate’s father spoke on a couple of things including how his son went in for the show without his knowledge.

When the journalist stated that his media house is warming up for the coverage of Kiddwaya and Erica’s wedding, the billionaire businessman laughed out loud.

He also agreed that the wedding would be an international one and it would be a Versace wedding that would take place in Italy.