Lionel Messi could finally play together with Cristiano Ronaldo for the first time in history as Juventus have tabled a bid for the Barcelona star, reports claim. 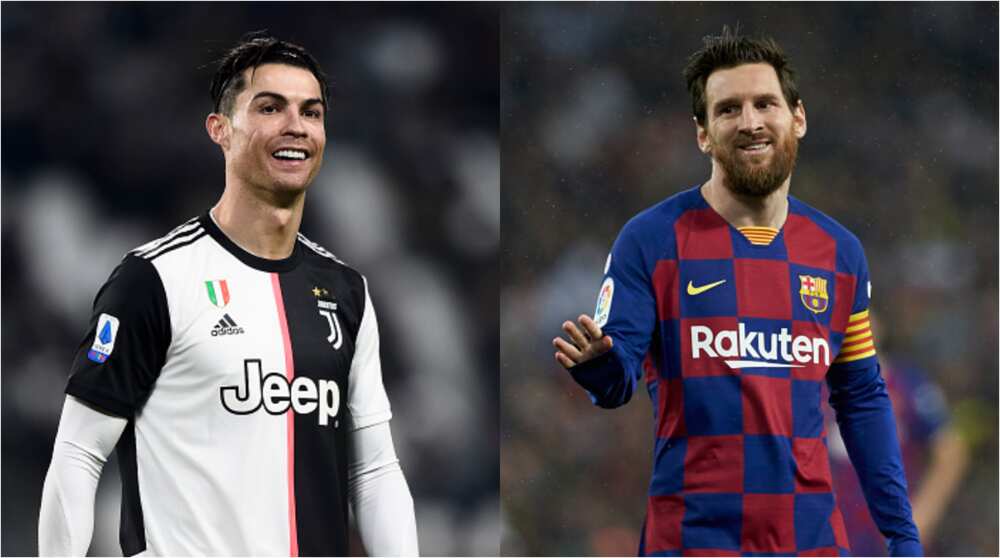 According to French news media outlet L’Equipe, Juventus new boss Andrea Pirlo is looking at the possibility of Messi pairing up with Ronaldo ahead of next season.

The report further stated that the Old Lady have made a cautious approach to Messi’s father about his son joining the club.

Man City are the club currently leading in the race to sign Messi after the Barca star submitted a transfer request that he wants to leave the club.

Inter Milan, Paris Saint-Germian and Manchester United are other top European clubs that have shown interest in the 33-year-old.

Things began to get ugly when Barcelona when dumped out of the Champions League by Bayern Munich with a 8-2 thrashing.

Quique Setien and sporting director Eric Abidal were shown the door as Ronald Koeman was brought in as new manager.

Meanwhile, Legit.ng had earlier reported that Lionel Messi’s phone conversation with Neymar could see the Barcelona star heading to Paris Saint-Germain this summer, according to reports.

It is understood Neymar has requested PSG to sign Messi and end his more than 20 years of involvement with La Blaugrana.

The Barca captain handed a transfer request recently and top clubs including Manchester City, Inter Milan, and PSG have been interested in the Argentine.

Legit.ng had also reported that Lionel Messi’s transfer to Man City has taken a new turn as the Premier League club are willing to offer three of their top players for the Barcelona superstar.

It is no more news that Messi wants to leave the Camp Nou after 17 years of active service to the Catalonia based club.

And City have become favourites to sign the 33-year-old who is willing to reunite with his former manager Pep Guardiola.