– The late pilot was Chika Prudence Ernest who flew alongside a co-pilot, Clement Ndiok

Details of the pilot that flew the ill-fated Bell 206 helicopter that crashed in the Opebi area of Ikeja, Lagos state in the noon of Friday, August 28, have emerged.

According to a report by African Aviation Group (AVG), the name of the deceased pilot is Chika Prudence Ernest.

The AVG report disclosed that late Ernest was with his co-pilot, Clement Ndiok, and one passenger when the tragedy struck. 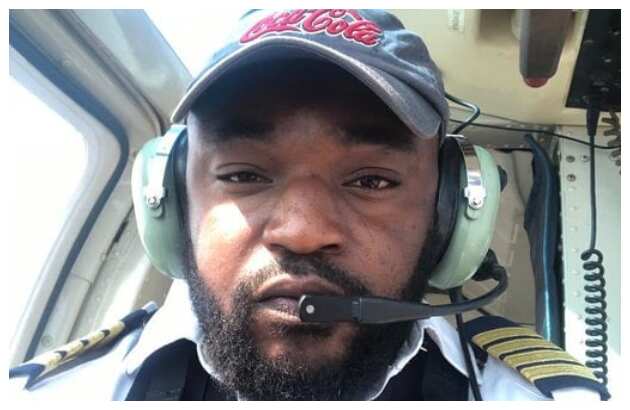 It was confirmed by the owner of the aircraft, Quorum Aviation Limited, that all three occupants of the helicopter died in the crash.

However, official reports claim that none of the residents of the building into which the aircraft crashed sustained any injury, despite the terrible damage done to the structures.

Earlier, Legit.ng reported that Quorum Aviation Limited had revealed the identities of the victims of the massive disaster that had already brewed a lot of reactions in and outside the state.

Quorum Company in a statement said that the victims were crew members who had been confirmed dead.

The aviation firm also disclosed that the third victim has been taken to the Lagos Teaching University Hospital (LASUTH) Ikeja for immediate treatment.

Part of the statement by the company read: “As soon as we received news of the accident, we promptly informed the aviation authorities, Accident Investigation Bureau (AIB) and the Nigerian Civil Aviation Authority (NCAA).

Learn all the top facts about the Duncan Mighty arrest

“Preliminary reports indicate that of the three souls on board – all crew, two of the crew members lost their lives whilst the third one is currently receiving treatment at a hospital.”

President Muhammadu Buhari has commiserated with families, friends and associates of victims of the Bell 206 helicopter operated by Quorum Aviation which crashed on Friday, August 28, into a building in Opebi, Lagos state.

A statement issued by the special adviser to the president on media and publicity in Abuja on Friday, August 28, after the crash, noted that the nation awaited report of an investigation into the accident by aviation regulatory agencies.

Adesina added that the president prayed that God would console the bereaved families, grant peace to the souls of the dead and speedy recovery for the injured.