Nationwide restrictions cannot be ruled out should England see a spike in coronavirus cases this winter, the Health Secretary has warned.

Matt Hancock also hinted that restrictions may not be eased over Christmas to avoid an ‘uptick’ in the number of Covid-19 cases.

Mr Hancock said countries in others parts of the world were already experiencing a second wave, adding it was ‘a very serious threat’.

But he said the UK was managing to keep the number of new cases ‘flat’ through the test and trace system and local lockdowns.

Describing the worst-case scenario, he said the UK could be battling bad flu and a growth in coronavirus as people spend more time indoors. 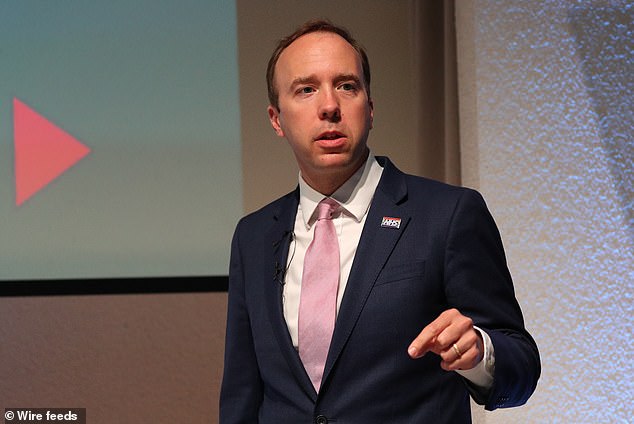 Matt Hancock (pictured) said countries in others parts of the world were already experiencing a second wave, adding it was ‘a very serious threat’

He continued: ‘Cases go up again, and we have to use very extensive local lockdowns or take further national action.

His comments come as local Covid-19 restrictions were eased in northern England, which will allow social gatherings between two homes from Wednesday in Bolton, Stockport, Trafford, Burnley, Hyndburn and parts of Bradford, Calderdale and Kirklees.

Mr Hancock told The Times a second wave could be ‘avoidable but it’s not easy’, with schools reopening next week presenting new challenges in stopping the spread of the virus.

In an interview with ITV News, Mr Hancock said: ‘We’re doing a huge amount of planning to make sure that the NHS is prepared and can cope to make sure that people can have as much freedom to enjoy Christmas, to enjoy winter, as possible.’ 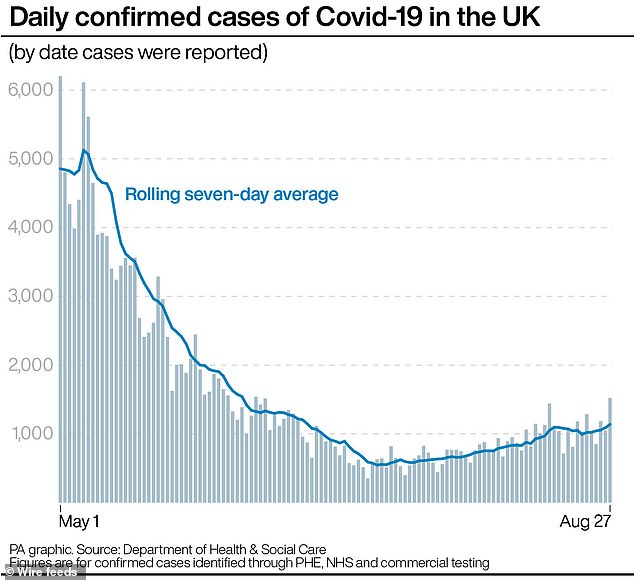 But when asked whether there will be special rules to allow more people to visit one another over Christmas, Mr Hancock suggested it could lead to a rise in the number of people catching the virus.

‘The danger of a rule like that is that it increases the spread of the disease,’ he said.

‘I mean, there are an awful lot of things I’d love to be able to do, but the risk of them is that we see an uptick in the disease.

‘Hence, we’ve had to take decisions that you wouldn’t ever want to.’

On vaccines, the Health Secretary said there is potential for it to be available this year, but that it is more likely next year.

He continued: ‘It’s a very difficult science, it’s thankfully one that our scientists are up to, and each sign at the moment is going well and going in the right direction.

‘But we don’t want to raise people’s hopes too much.’

The Government is responding to ‘an increase in anti-vax messages and anti-test messages’, he said, with a programme under way to tackle ‘these sorts of conspiracy theories’ which he branded as ‘wrong’.

When asked about the Government’s U-turns on a number of policies recently, Mr Hancock said he believed people would have been ‘really cross’ if they did not happen.

‘We’re dealing with a crisis that is entirely unprecedented,’ he responded.

‘We’re dealing with a disease that didn’t even exist, as far as we know, before December last year.

‘And so, we’re taking decisions guided by the science on it. 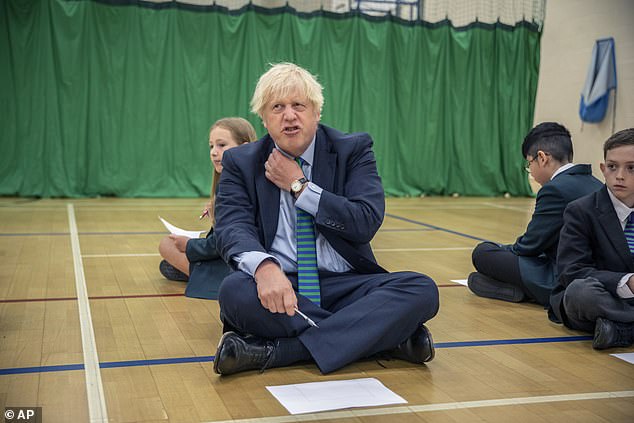 ‘I think people would, what people would get really cross about, is if a government refuse to change even if evidence came up that there was a better option.’

Meanwhile, BBC2’s Newsnight reported that a ‘reasonable worse case planning assumption’ presented to the Government said there could be up to 81,000 excess deaths directly attributed to Covid-19 between July and next March.

The broadcaster said the figures were in a document signed off by the Scientific Advisory Group for Emergencies (Sage) for the Cabinet Office at the end of July.

Socialising with colleagues is a key reason to go back to work, Hancock says

Socialising with colleagues is a key reason to go back to work, Mr Hancock told The Times.

He said video calls could not compare to face to face meeting: ‘Social relations that are part and parcel of an effective working relationship that you can only really build up face to face,’

‘It’s about building rapport because working effectively in many jobs you need to build a rapport. It’s harder to build that rapport by Zoom.

‘I was in Downing Street yesterday because I had three meetings with the prime minister and it’s far easier to have those meetings face to face because there’s a better calibre, or better quality, of discussion.’

The Health Secretary also expressed concern for some people’s livelihoods if workers stayed at home: ‘One of the big challenges is there are big shifts in the economy.

‘It’s really worrying news about the job losses at Pret a Manger and other places on the high street, especially when you see that at the same time as some of the coffee shops in suburban areas where people are spending more time working from home are busier than they’ve ever been.

‘These transitions are never easy. I worry about the economic consequence.’

He also said although he backed change in how people live their lives we need to be careful to think about the wider impact it may have: ‘Whilst I am generally someone who is on the side of the future and seeing these evolutions as a good thing, we’ve got to take into account that they have a big impact when the change comes as abruptly as this one.’

The document stressed that the figures represent a scenario, not a prediction, Newsnight said.

The document stated schools would remain open and that the Government’s tracing, isolation and quarantine measures would only be 40 per cent effective in cutting the spread of Covid outside households, the BBC said.

Prime Minister Boris Johnson said on Friday that schools were safe to attend as he encouraged every pupil to return to the classroom.

‘The evidence is overwhelming that it is in the interest of the wellbeing and the health of children, young people, pupils, to be back in school rather than missing out any more,’ he said.

It comes as more than one million people can again mix in different households from next week, after Covid-19 restrictions were eased in parts of northern England.

From Wednesday, social gatherings can take place between two homes in Bolton, Stockport, Trafford, Burnley, Hyndburn and parts of Bradford, Calderdale and Kirklees.

Health Secretary Matt Hancock said: ‘We brought in measures to protect people in these parts of northern England, and I want to thank residents who have worked so hard to get on top of this virus.

‘We’re seeing the positive results of our local approach, and are able to bring in increasingly targeted measures.

‘It is vital we can maintain this good progress.

‘I have every faith people across the country, especially in areas where we are seeing higher numbers of cases, will continue to play their part by following local rules, and self-isolating and requesting a free test as soon as they get any symptoms.’

The lifting of the measures in Bradford, Calderdale and Kirklees excludes the Bradford city area, the Keighley town area, Halifax, Dewsbury and Batley.

Residents in Manchester, Rochdale, Bury, Tameside, Salford, Preston and Leicester will also still be banned from visiting others in their homes or gardens.

In addition, people in Oldham and parts of Blackburn and Pendle, where infection rates are the highest in the country, will still not be able to socialise with anyone outside their household anywhere.

Gary Hall, deputy chairman of the Lancashire Resilience Forum, which is leading the county’s response to the coronavirus pandemic, said: ‘If we continue on this path I am hopeful that all parts of Lancashire will have the remaining restrictions lifted soon, but this depends on people following the rules wherever they live in the county.’

Council leaders in Trafford told the Government at its now weekly review that restrictions should have been maintained, following advice from its own director of public health.

Andrew Western, Labour leader of Trafford Council, said: ‘It is apparent that for all of their claims of working in collaboration with local authorities, the Government has decided to overrule the council and lift restrictions in Trafford.

‘This action by Government makes a mockery of the claims of locally led decision-making and once again shows that local government is being ignored in spite of being on the front line of this crisis.’

Last week, Mr Hancock announced a more targeted approach to Covid-19 restrictions, in which the views of MPs would also be sought to gain ‘the maximum possible local consensus’.

He added this would allow local councils to focus resources on the wards which need more targeted intervention in order to drive infection rates down.

However the Labour council leaders in West Yorkshire criticised that approach as ‘confusing’ and said the intervention of Tory backbench MPs ‘undermines council leadership’.