Pep Guardiola has landed in his native home of Barcelona to have talks with Lionel Messi over a possible move to Man City.

The Cityzens have been tagged favourites to land the 33-year-old this summer after telling his employers he does not want to play for them anymore.

Guardiola who has kept his relationship with Messi intact was spotted in the city of Catalonia with reports claiming he was in town to finalize deal with the Argentine superstar. 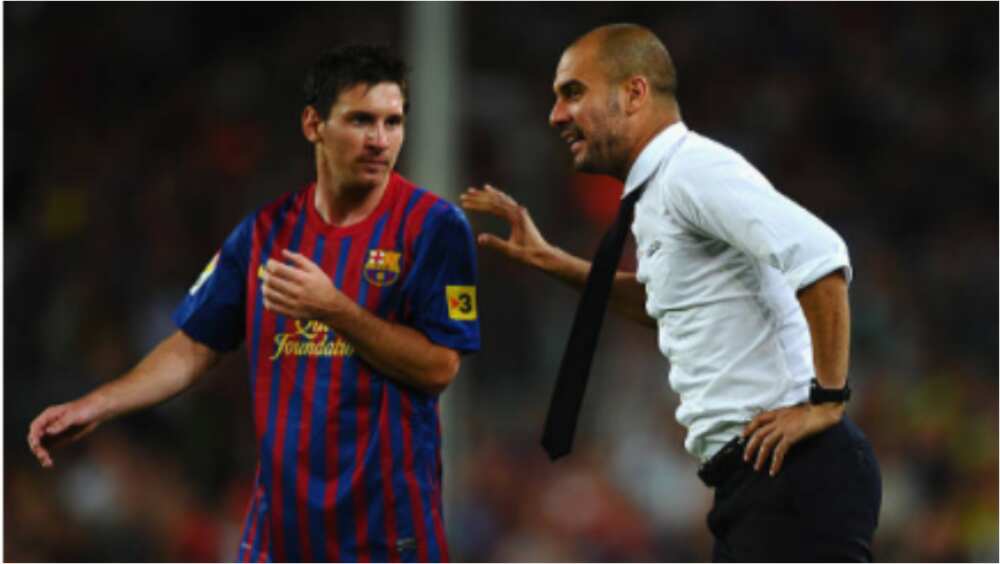 The Spainish gaffer had a dinner at a family restaurant last Monday but it isunderstood Pep’s visit to Barcelona was more than just a holiday.

Restaurant Kao Dimsum posted a photo of the former Bayern Munich boss on social media with the eatery in the Catalan city.

“It is going to be complicated,” quoted by Sport Bible.

Toure added: “But if he had to leave the club, maybe he could come to City. Why? Because City have the money to buy him and there are only a few clubs in the Premier League who can afford him, to be honest.

“If he comes to City he is going to be good for City because the rest of the Premier League is quite intense and hard as well.”

Meanwhile, Legit.ng had earlier reported that Lionel Messi’s transfer to Man City has taken a new turn as the Premier League club are willing to offer three of their top players for the Barcelona superstar.

It is no more news that Messi wants to leave the Camp Nou after 17 years of active service to the Catalonia based club.

And City have become favourites to sign the 33-year-old who is willing to reunite with his former manager Pep Guardiola.