– A Nigerian lady who claimed to be the friend of Chika Ernest, the pilot of the crashed helicopter in Lagos, has mourned him on Instagram

– Gloria said that the man is a selfless person, always looking out for others as she said he discharged the helicopter of its fuel before the crash to avert an explosion

A lady who goes by the name, Gloria Ugolee, on Instagram, has mourned the pilot, Chika Ernest, of the crashed helicopter in Ikeja, Lagos state.

She called him a friend and brother, saying that the man had to empty the fuel tank of the helicopter to avoid an explosion when he realized the chopper would crash.

Gloria said that Ernest has been a very close person to her since they were in primary school, adding that he visited Port Harcourt recently before his death.

Shortly after the fatal accident, the lady revealed that the man was taken to the hospital. She said that the medical centre waited for a police report until the man gave up the ghost.

In her Instagram post, the pilot’s friend added to say she misses him would be an understatement.

“Captain Chika Ernest, pilot of the plane crash in Opebi Lagos this afternoon. He emptied the fuel tank to avoid explosion on impact, he crashed on a fence avoiding the roofs and house.

Always looking out for others. My brother and friend since primary school, said he was in pH just this week, and now he is gone. Taken to the hospital but after taking all the videos for social media, they waited for police report until he died. I miss you is an understatement. John11:23-25 my only consolation,” she said. 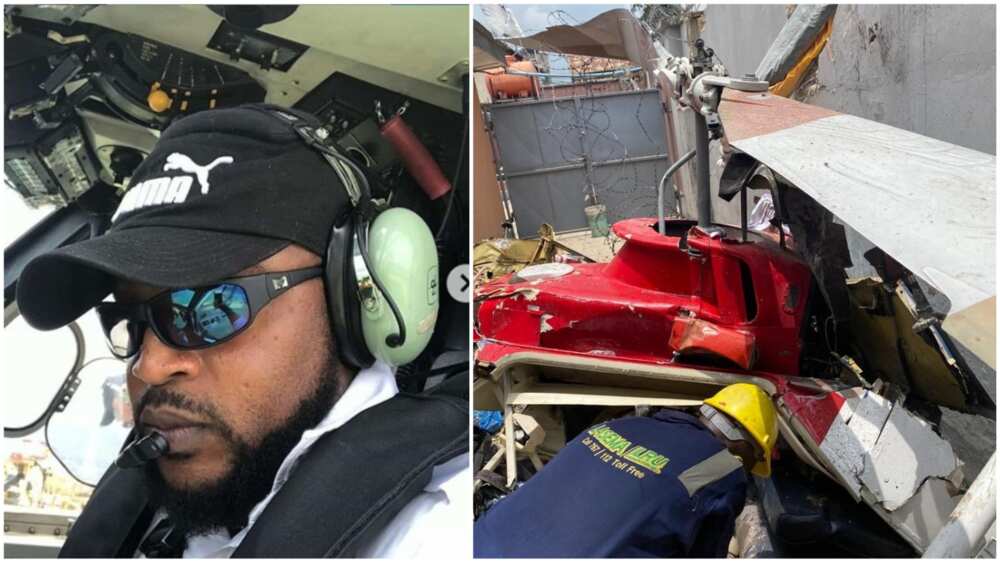 A collage of the pilot the crashed part of the helicopter. Photo source: Instagram/Gloria
Source: UGC

Meanwhile, Legit.ng earlier reported that President Muhammadu Buhari commiserated with families, friends, and associates of victims of the Bell 206 helicopter operated by Quorum Aviation which crashed on Friday, August 28, into a building in Opebi, Lagos state.

A statement issued by the special adviser to the president on media and publicity in Abuja on Friday, August 28, after the crash, noted that the nation awaited report of an investigation into the accident by aviation regulatory agencies.

Adesina added that the president prayed that God would console the bereaved families, grant peace to the souls of the dead, and speedy recovery for the injured.