– The table seems to have turned against Femi Fani-Kayode, a former minister of aviation

The insult by Femi Fani-Kayode, a former minister of aviation, on a journalist seems to have opened a can of worms against him.

Apart from the fact that Fani-Kayode’s verbal assault on the journalist from Daily Trust has sparked a lot of backlash against him by many Nigerians, especially from the media, a call for an immediate probe into his dealing while in office has been made.

The call was made on Saturday, August 29, by a presidential media aide, Lauretta Onochie, on her Twitter page.

Onochie called on the Economic and Financial Crimes Commission (EFCC) and the Independent Corrupt Practices Commission (ICPC) to look into an allegation made levelled against the former aviation minister.

The allegation was made by the minister of transportation, Rotimi Amaechi, who claimed that FFK, as he is popularly called, made away with N2 billion made for a runway construction in Port Harcourt. 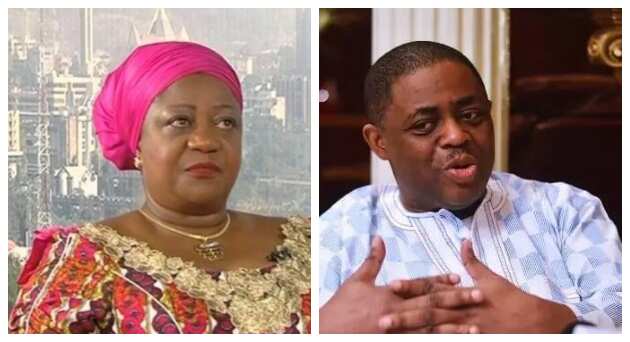 Amaechi, during an interview with Channels TV, said that the said fund was handed to FFK by the Peter Odili-led government.

Reacting to this, Onochie pointed out that both anti-graft agencies should look into the allegation. She wondered how someone who has such a scandal hanging over his head be protected by policemen as his bodyguards.

The presidential media aide said: “I think the @officialEFCC and @ICPC_PE should look into these grave allegations.”

“How did one who is being prosecuted for money laundering have the privilege of a @PoliceNG Bodyguard? On what grounds was @RealFFK allocated the services of Nigerian Police Officers as bodyguards?”

Meanwhile, Legit.ng reported that Onochie had launched verbal attacks on Fani-Kayode over a chieftaincy title given to him recently in Zamfara state.

Fani-Kayode bagged the traditional title of Sadaukin Shinkafi in Zamfara state recently. In conferring, the title of the Osun-born politician, the Emir of Shinkafi, Alhaji Muhammad Makwashe said the title was conferred to the former minister following his support and contributions to the development of Shinkafi emirate.