– However, Oketunbi stated that the aircraft has a cockpit voice recorder, which is an alternative to a black box

More updates on the circumstances surrounding the ghastly accident that involved a helicopter and some building in the Opebi area of Ikeja, Lagos are being released.

The general manager, public affairs, of the Accident Investigation Bureau (AIB), Tunji Oketunbi, on Saturday, August 29, revealed that the crashed aircraft was not fitted with a black box.

Although the AIB is yet to ascertain the cause of the accident, Oketunbi told journalists that “The aircraft was not fitted with the black box.” 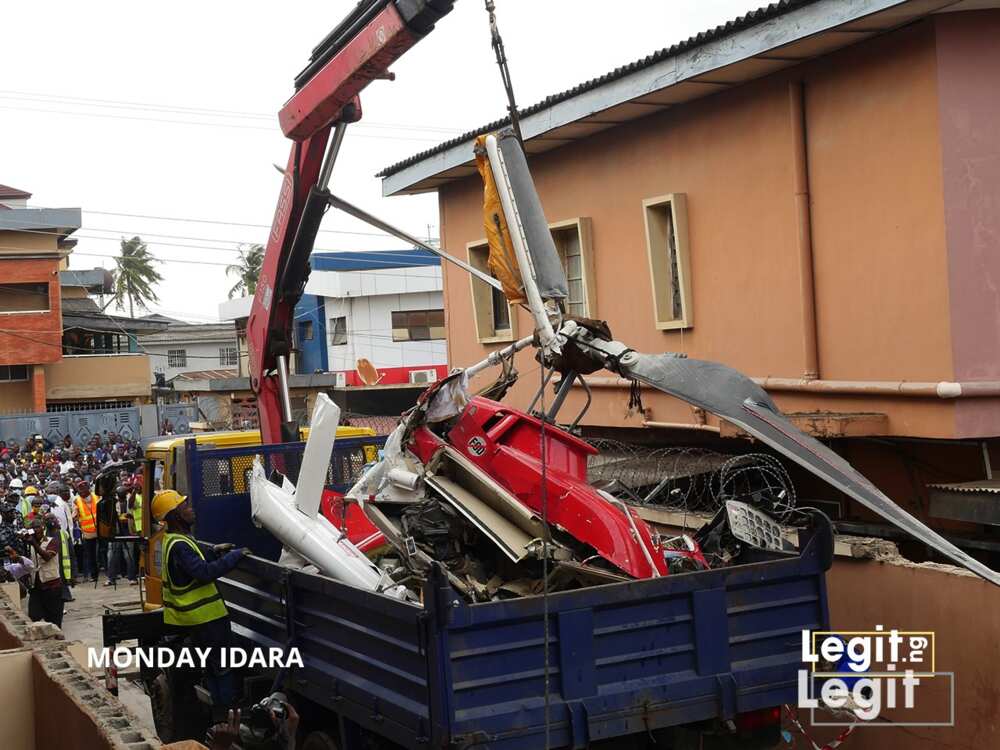 However, Alex Nwuba, an aviation expert, explained why the aircraft had no black box otherwise called a Flight Data Recorder (FDR).

Nwuba said: “…this is a commercial aircraft operated by two pilots with more than six seats so there must be a cockpit voice recorder.”

Meanwhile, Legit.ng reported that about 24 hours after a helicopter crashed into two buildings in the Opebi area of Lagos, the governor of the state, Babajide Sanwo-Olu, paid a visit to the residents.

Governor Sanwo-Olu expressed great joy with the residents as they did not record any victim or casualty from the crash. According to Senior Special Assistant (SSA) to the governor on new media, Gawat Jubril A., Sanwo-Olu “commiserated with the victims of the crash and met specifically with elderly women and others staying in the neighbourhood. He thanked God for their lives and assured them that Govt will take care of their losses.”

It was gathered that a helicopter had in the noon of Friday, August 28, crashed into a private house at Opebi area of Lagos.

The Lagos State Emergency Management Agency (LASEMA) said rescuers were on their way to the scene.

Added to this, the owner of the helicopter that crashed in Lagos on Friday, August 28, Quorum Aviation Limited, had revealed the identities of the victims of the massive disaster that had already brewed a lot of reactions in and outside the state.

Quorum Company in a statement said that the victims were crew members who have been confirmed dead.