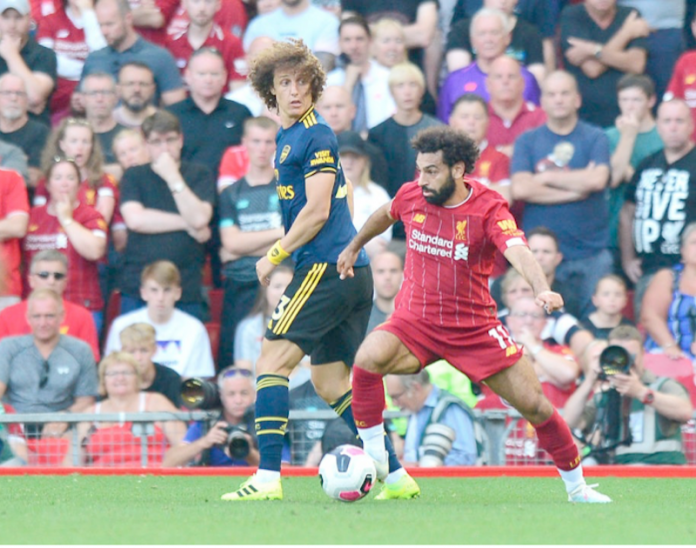 Just five weeks after Liverpool’s captain, Jordan Henderson lifted the Premier League trophy, Jurgen Klopp’s side kick off the new season against Arsenal in the Community Shield today at Wembley Stadium. While their league title defence doesn’t get underway until September 12, the Reds are keen to make their intention known to their title rivals and Henderson has urged teammates to show their hunger to retain the title when they face Arsenal today

For Arsenal, it would be less than a month after they brought a unique 2019-20 English football season to a close with victory in the FA Cup final as they will kick off the 2020-21 campaign in the Community Shield against Premier League champions Liverpool at Wembley.

The traditional curtain-raiser takes place two weeks before the start of the new Premier League season and gives both clubs the chance to earn an early piece of silverware.

There will be just 28 days between Arsenal lifting the FA Cup aloft and kickoff in this match, with last season’s coronavirus-affected campaign forcing a quick turnaround ahead of what is bound to be a hectic 2020-21 season.

As ever, there will be optimism ahead of a fresh start, and particularly so for these two clubs as Arsenal look to build on some promising signs under Mikel Arteta and Jurgen Klopp’s Liverpool aim to somehow improve on their record-breaking title-winning campaign.

The Community Shield only ever offers a slight glimpse into what is to come – Liverpool lost last season’s final to Manchester City but then beat them to the Premier League title by 18 points, for example – but it will be the closest we come to seeing the two sets of players in competitive action before the new Premier League season begins on September 12.

Arsenal will no doubt take confidence from the fact that they beat Liverpool towards the end of the season – albeit after the Merseysiders had already clinched the title and victories over Manchester City and Chelsea in the FA Cup point at the possibility that the Gunners could fare better against their fellow ‘big six’ sides under Arteta.

However, there is certainly work still to be done and, while they may fancy their chances in a one-off game even against Liverpool, they must realistically accept that they are still some way from bridging the mammoth 43-point gap which separated these two sides in the final Premier League table last season.

For Liverpool, the challenge for the upcoming season is clear; having ended a 30-year wait to finally clinch their 19th English crown, they must now back that up with another success this time, one which would draw them level with Manchester United on 20 titles.

The class of 2019-20 cemented themselves as one of the greatest single-season sides in English football history, but the very best teams build an era of success and that is what Liverpool will be attempting to do now.

Klopp will be expecting a much firmer challenge this time around, particularly from Manchester City, but the record-breaking nature of their title triumph last season – wrapping it up with seven games to spare – will leave them as favourites in the minds of many to retain the crown.

It may not be so emphatic this time around – a team dropping just two points from their opening 27 games may never happen again – but they can also point to the fact that last season was by no means a freak one, having amassed 97 points and 99 points respectively over the past two campaigns.
Liverpool are now the team to beat, which is a position they have not found themselves in for three decades, and staying on top often proves harder than reaching the top.

The Community Shield would by no means be the most prestigious piece of silverware won by Klopp at Anfield following a glittering year or so in which they have been crowned champions of England, Europe and the world, but it would strengthen the recent habit of winning trophies nonetheless.

This is a trophy both clubs have lifted 15 times in the past – only Manchester United have won it more often – while it will be their 24th appearance in the traditional season curtain-raiser too.

Liverpool arrive back to England having taken part in a pre-season training camp in Austria, during which they beat Stuttgart 3-0 but needed to come from two goals down to draw with Red Bull Salzburg.

Arsenal, meanwhile, have played just one pre-season game ahead of this match, beating MK Dons 4-1 on Tuesday.

Today’s match is set to be one of the last chances both managers have to look at their full squads before the new season begins, with a large contingent due to jet off on international duty next week.