More and more Nigerian youths are beginning to take an interest in a career as musicians. In recent times, we have seen several youths become successful because they have chosen to follow their passions.

The likes of Joeboy, Fireboy DML, Teni, Oxlade, Blaqbonez, Rema, and others have in no time become household names in the Nigerian entertainment industry. However, one name has also been added to that list – Töme.

The budding Afro-fusion singer-songwriter who has performed with Burna Boy, Wizkid, and Mr. Eazi on world stages has just been around for two years, yet she is slowly becoming a household name.

Born Michelle Oluwatomi Akanbi, Töme is of French-Canadian/Nigerian descent. Her dad is Nigerian and her mum is from the French-speaking part of Canada. To further introduce herself to music lovers the world over, Töme recently released her debut EP titled ‘Bigger Than Four Walls’ (BT4W), and she has also offered a new live band video and documentary ahead of the release of her new single, I Pray. 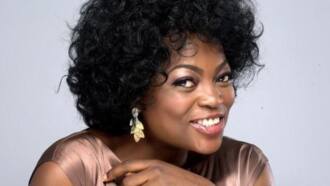 Meet the new and amazing director in town: Funke Akindele and her new movie

With no plans of slowing down, Töme is intentional about using her diverse cultural heritage to hone a multidimensional sound worth paying attention to.

This is coming after another Nigerian musician named Dapo Torimiro co-wrote and produced one of the songs on American singer Toni Braxton’s latest album Spell My Name. Dapo worked on the song Nothin.