Arsenal are the latest to pay tribute to the late Chadwick Boseman who starred in blockbuster movie Black Panther.

Boseman lost the long battle to colon cancer at the age of 43 having being diagnosed with the disease since 2016.

Several celebrities have poured sent heartfelt messages to the American actor on Instagram and the Premier League giants were also not laid back in pouring out their tribute. 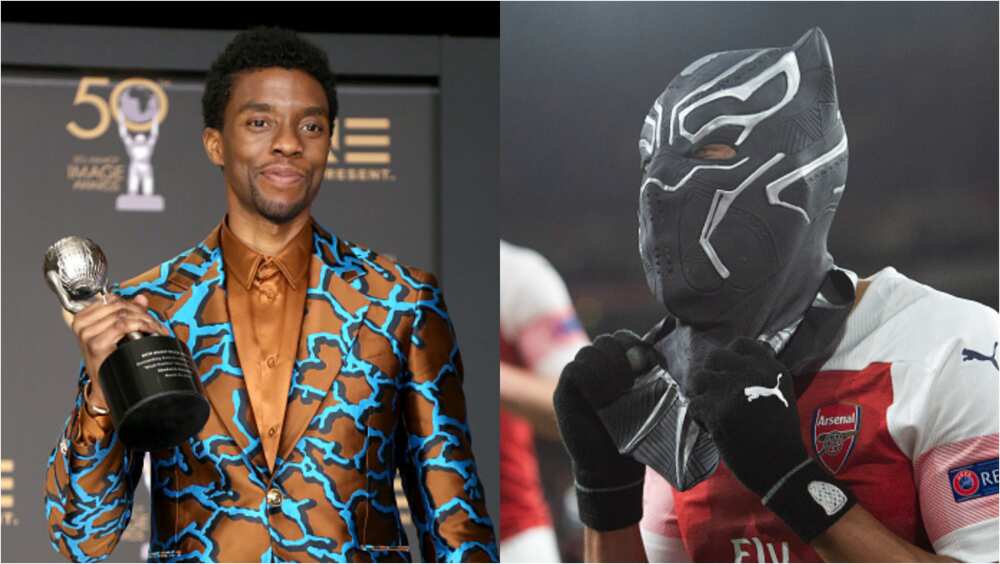 The Gunners posted a picture of their striker Pierre-Emerick Aubameyang celebrating in a Black Panther mask in a tweet: “Rest in peace, Chadwick Boseman.”

Other celebrities that sent a tribute to Boseman includes Chris Evans who played Captain America as he said: “I’m absolutely devastated. This is beyond heartbreaking. Chadwick was special.

“A true original. He was a deeply committed and constantly curious artist. He had so much amazing work still left to create. I’m endlessly grateful for our friendship. Rest in power, King.”

“{He was our T’Challa, our Black Panther, and our dear friend. Each time he stepped on set, he radiated charisma and joy, and each time he appeared on screen, he created something truly indelible.”

Meanwhile, Legit.ng had earlier reported that Premier League side Arsenal have completed the signing of 19-year-old midfielder Tim Akinola who was recently released by another English club Huddersfield.

Tim Akinola is so lucky to the level that Arsenal failed to give him a trial despite being a 19-year-old player as they signed him straight away.

According to the report on UK Mirror, Arsenal chiefs were impressed with the analysis of Tim Akinola’s games so far which made them to sign him.