– The vice-president made the statement on Thursday, August 27 at the virtual conference of the NBA

Vice-President Yemi Osinbajo has played down any rumour surrounding his political ambition in 2023.

Osinbajo said his current focus is on serving Nigeria and not about the presidential election. 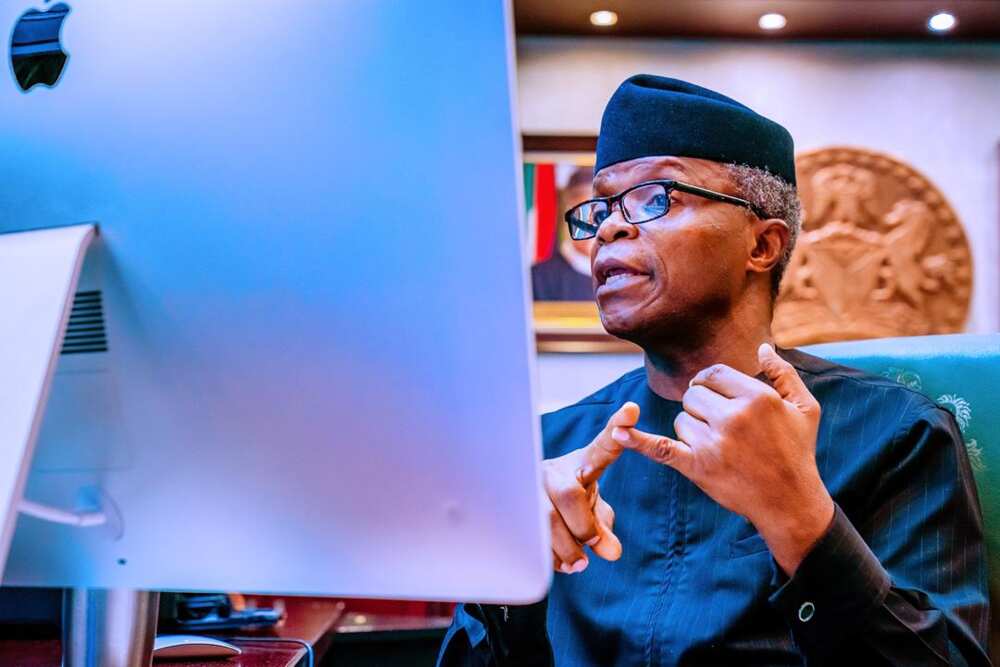 The vice-president made the statement on Thursday, August 27, when responding to a question on the 2023 elections at the virtual conference of the Nigerian Bar Association (NBA).

He said his attention is on burning issues that need to be addressed.

“I am incredibly grateful for the opportunity to serve Nigeria and right now I am focused on doing just that.

“There are issues to be tackled and that has my undivided attention,” he said.

With talks of power shift to the southern part of the country, the vice-president has been tipped by some political analysts as a possible successor to President Muhammadu Buhari.

In another news report, Church leaders who are aggrieved over the provisions of the Company and Allied Matters Act (CAMA) 2020 have been advised by Vice-President Yemi Osinbajo has said to approach the National Assembly for redress.

Sections of the bill which was signed into law by President Muhammadu Buhari on August 7 stipulates that religious bodies and charity organisations will be regulated by the registrar-general of Corporate Affairs Commission (CAC) and a supervising minister.

But Osinbajo said the religious leaders can make recommendations to the National Assembly for the law to be amended.

Still on politics, eleven politicians from the southeast have been listed by a political pressure group, the Igbo for President Solidarity Congress (IPSC), as possible candidates for the Igbo presidency in 2023.

The group in a press conference in Abuja on Thursday, August 27, said the agitation for Biafra will be quelled if Nigeria produced a president of Igbo extraction in 2023.

According to Vanguard, the president of IPSC, Olukayode Oshinariyo said the 11 possible presidential candidates were selected after diligent scrutiny.

Meanwhile, PresidentMuhammadu Buhari, on Tuesday, August 25, unveiled his plan for Nigeria for the remaining part of his second administration which is to expire in 2023.

The Nigerian leader, in a statement released by a presidential media aide, Femi Adesina, disclosed that he will spend the next three years on service delivery to Nigerians in some key sectors of the nation’s economy.

The president listed these sectors that will experience unequalled development will be education, health care.