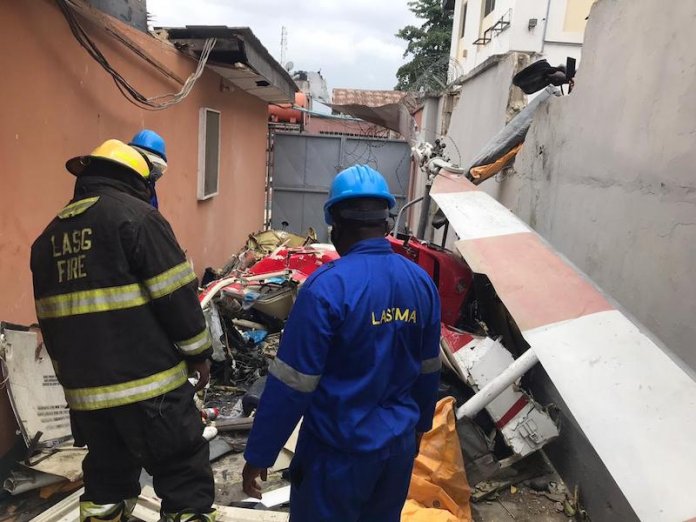 By Chinedu Eze and Sunday Ehigiator

Two persons have been confirmed dead, and another person in Intensive care unit (ICU), as a Bell 206 helicopter operated by Quorum Aviation crashed into a building at 16 A, Salvation Road, Opebi, Ikeja Lagos on Friday.

According to an eyewitness, identified as Faith Omo, “The accident happened so fast with a big bang and the whole ground shook. We all rushed out of the office to see what had happened. Only to find out it was a Helicopter that just crashed. It fell into a compound. God saved all the people occupying the place because it didn’t fall on top of the building.

“We have currently run far away for safety. A lot of crying is currently going on right now, I am seeing emergency services removing dead bodies from the scene. I must commend all Lagos State Emergency Agencies, they arrived here just within 15 minutes after the incident happened. And they are still here.”

The incident was said to have happened at about 12:05pm of Friday.

“The helicopter was carrying three people, one is in the intensive care unit at the Lagos State University Teaching Hospital while the other two were killed on impact and there bodies have been deposited in mortuary . We on top of challenges especially crowd control

The crash was confirmed by the Accident Investigation Bureau (AIB), which said it had dispatched officials to the site of the accident. 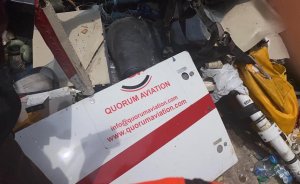 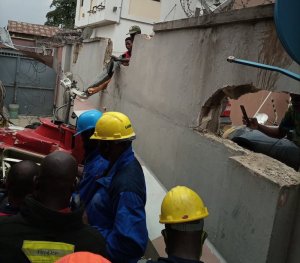 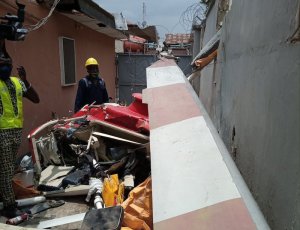 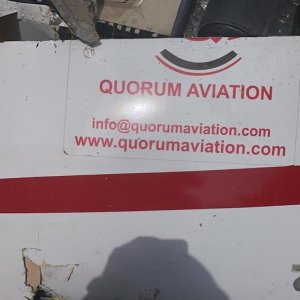