– Troubled US singer R Kelly has allegedly been attacked in his jail cell by a fellow inmate, according to reports he was punched

R Kelly’s attorneys are claiming that the singer was attacked in his jail cell by a fellow inmate. They are now calling for the release of their client.

According to the legal team, the singer was on his bed in his cell at Chicago’s Metropolitan Correctional Center when another inmate assaulted him. Speaking to CNN, one of the attorney’s Doug Anton, said that the singer was punched repeatedly.

Anton went on to say that guards at the facility stopped the attack almost immediately. R Kelly reportedly did not sustain any serious injuries.

However, Steve Greenberg, Kelly’s other attorney, took to Twitter on Thursday, 27 August to share that his team received a different report on the extent of the crooner’s injuries. He said:

“Yesterday we were told that an inmate had attacked R Kelly at the MCC in Chicago. We received conflicting reports as to the extent of his injuries. We have not been provided any information from the jail, nor has Mr. Kelly called. We are hopeful that he was not seriously injured.”

The attorneys have not spoken to R Kelly about the incident as communication has been restricted due to Covid-19 lockdown regulations. 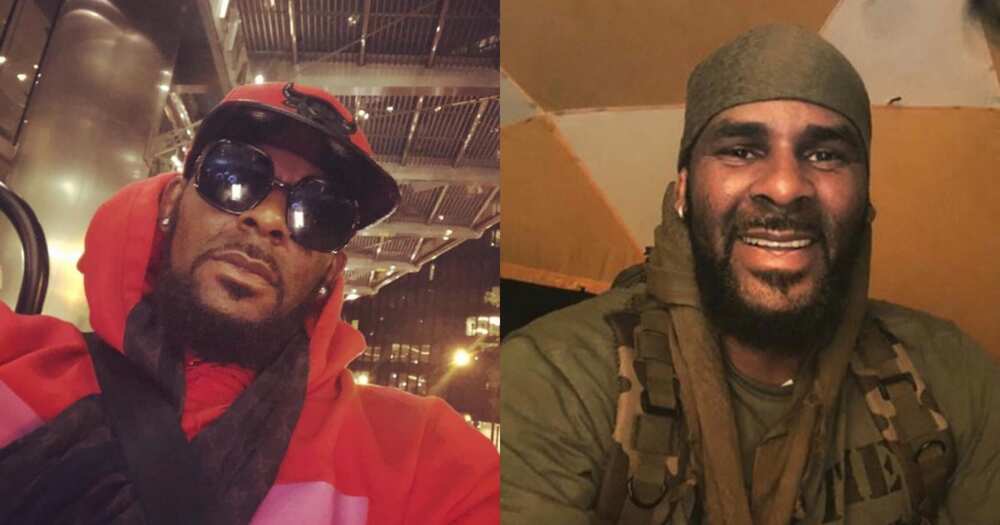 R Kelly’s legal team is calling for the singer’s release after he was attacked in prison. Image: @rkelly/Instagram
Source: UGC

Social media users took to Twitter to react to the news. Here are some of the reactions below:

“That’s… not how jail works. He can be put in protective custody but he needs to serve his time. That’s justice for his victims.”

“If they released everybody who was attacked in prison, there wouldn’t be anybody left in prison.”

“Release the guy that attacked R. Kelly instead”

Legit.ng previously reported that R Kelly is not giving up on his bid to get out of jail on bond even after his previous pleas were denied. Kelly made yet another plea to the judge to let him out of jail, but this time he claims he has proof he is at risk of contracting Covid-19.

According to reports by TMZ, his lawyer filed documents asking the judge to release his client pending his trial. In the documents obtained by TMZ, the lawyer claimed the Bureau of Prisons failed to disclose his client’s medical report from March showing he is “likely diabetic.”

From the documents, the lawyer claimed Kelly has high cholesterol and high blood pressure thus leaving him in a vulnerable position to catch Covid-19 while in prison at MCC Chicago. The judge is yet to make a decision on whether to release the singer after two failed attempts. Read more: