In a Twitter post made by the American superstar and spotted by Legit.ng, Oprah indicated that Blitz had made himself proud and also hinted on the Ghanaian’s next major project. 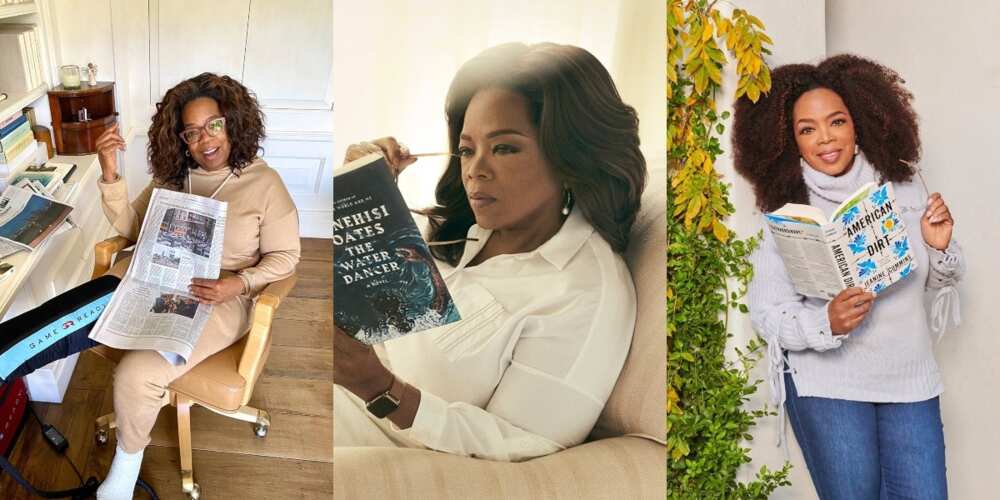 The Ghanaian filmmaker came into the discussion after directors and producers like Steven Spielberg, Scott Sanders, and Quincy Jones sampled his The Burial of Kojo movie on movie streaming site Netflix.

Following their satisfaction after watching his work, they made up their minds to work with him on their new project.

“We were all blown away by Blitz’s unique vision as a director and look forward to seeing how he brings the next evolution of this beloved story to life,” Oprah is reported to have said.

He co-directed Black Is King with Beyoncé and Emmanuel Adjei which got him a lot of plaudit from his fellow countrymen.

The Colour Purple depicts the lives of African American families and relationships in early twentieth-century Georgia.

The musical, featuring jazz, ragtime, gospel, blues, and African rhythms, has a book by Marsha Norman with music by Brenda Russell, Allee Willis, and Stephen Bray.

A revival in 2015 won Best Revival of a Musical and for Cynthia Erivo.

The popular musical has also won Grammy and Emmy awards.

Oprah made her feature debut in the original movie and earned a Supporting Actress Oscar nomination.

Bazawule’s The Burial Of Kojo was premiered at Urbanworld Film Festival where it won Best Narrative Feature (World Cinema). It also won the Grand Prize at the 2019 Luxor African Film Festival in Egypt.

He is also the founder of the Africa Film Society, an organization focused on the preservation and distribution of classic African cinema.

The first child in a family of seven, she had her secondary school education in both Police Children School in Ikeja and Lagos State Model College, Badore, before she bagged her degree in Philosophy from Lagos State University, Yoruba Movie Gist reports.

She won a US visa lottery in 2008. In 2013, she met a friend who had just arrived in America to give birth. During one of their conversations, she learned that the lady has a school where people are taught how to tie gele and the art of makeup. She was able to learn the art in weeks.