– The lawmakers including deputy speaker, Ogundeji Iroju, were suspended over alleged loyalty to Agboola Ajayi

– The presiding judge, Ademola Bola, also awarded five million to each of the lawmakers as damages

A high court sitting in Ondo has faulted the suspension of four members of the House of Assembly who were given a marching order for refusing to partake in the controversial and aborted impeachment of Agboola Ajayi, the state deputy governor.

In a judgement delivered on Thursday, August 27, the court rescinded the suspension of the four lawmakers including the state deputy speaker, Ogundeji Iroju.

It would be recalled that following the resignation of Agboola from the All Progressives Congress (APC) in what climaxed the political feud between him and his principal Governor Rotimi Akeredolu, there was heightened plot to remove the deputy governor. 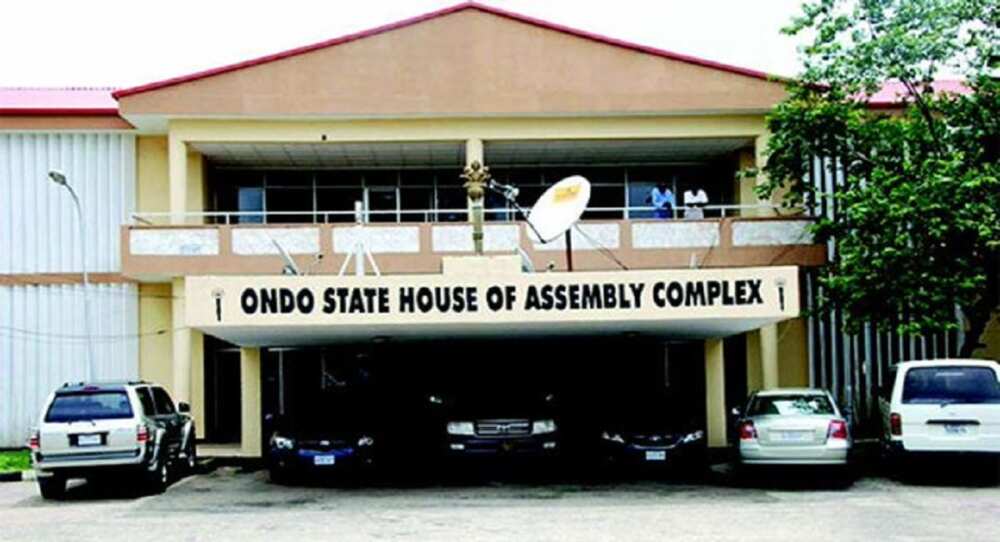 However, the plot was met with rejection by four lawmakers loyal to Agboola led by the deputy speaker. This consequently led to their suspension.

The lawmakers, apart from Iroju, are Favour Tomomowo who is the only female member in the assembly, Wale Williams, and Tomide Akinribido.

Akinribido is the only Zenith Labour Party(ZLP) member in the assembly while the three others belong to the ruling party APC.

In a judgment on Thursday by Justice Ademola Bola, the court described the suspension as “illegal, null and void and of no effect whatsoever.”

The judge ordered that a sum of N5 million should be paid to each of the lawmakers as damages, saying the assembly lacked the right to suspend any member.

In a related development, Legit.ng reported that with less than three months to the governorship election in Ondo state, Governor Akeredolu sent a warning to his arch-rival Eyitayo Jegede, saying he will have to wait for his turn to become governor.

Akeredolu made this known on Tuesday, August 25, during the inauguration of a campaign office he was gifted by the APC governorship aspirant, Ife Oyedele, in Akure.

The governor said the Ondo Central, where Jegede comes from, has produced governor and has exhausted its eight years. He added that power will still stay for four more years in the Ondo North where he (Akeredolu) hails from.