Ahead of the governorship election in Edo state, the Oba of Benin has said he would invite all the participating candidates to his palace to sign a peace pact.

Vanguard reports that the monarch said this on Thursday, August 27, when he played host to the chairman of the Independent National Electoral Commission, (INEC), Professor Mahmud Yakubu.

Oba Ewuare II said the peace pact would enable the candidates to talk to their followers to eschew violence.

He said the politicians must learn to emulate Nigeria’s immediate past president, Goodluck Jonathan, who accepted the outcome of the 2015 presidential election which eventually saw Muhammadu Buhari emerge the nation’s president. 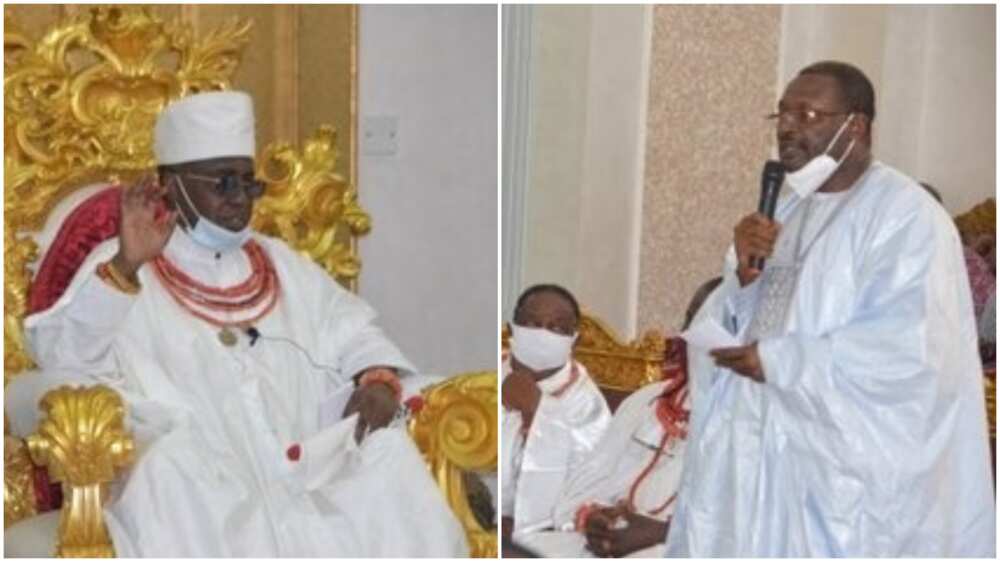 The Oba said the palace has always remained neutral in the state’s politics but has regards and concerns for the candidate who has respect for the traditional institution, create jobs for the people so that can put foods on their families’ tables and respect the masses.

He recommended a single term system to douse the political tensions in the nation’s politics.

In his remarks, the INEC chairman said they were at the palace to seek his blessings ahead of the election.

Top candidates in the election are the PDP candidate, Governor Godwin Obaseki, and Osagie Ize-Iyamu of the APC.

Ize-Iyamu who spoke through the chairman of Edo APC Media Campaign Council, Prince John Mayaki, accused Shaibu of mobilising the thugs behind the violence.

In other news, a Federal High Court in Abuja has declined a request by the Judiciary Staff Union of Nigeria (JUSUN) for an order freezing accounts of the Edo government over its alleged refusal to pay the outstanding salaries and entitlements of court workers in the state.

JUSUN had also prayed the court to order confiscation of what was due to Edo state from the Federation Account Allocation Committee (FAAC).