Zlatan Ibrahimovic who turns 39 in October has agreed a new €7million deal at Italian club AC Milan for him to remain at the club until the end of the 2020/2021 season.

The Swede posted an image of himself in the club’s no.11 shirt and provided an epic caption “I’m just warming up” to hint he is not ready to quit the game despite his age.

Italian outlet Gazzetta Dello Sport are reporting that the lanky striker is expected back at the club on August 29 ahead of their the stat of the new Serie A season, same day he first signed for the club in 2010.

The goal machine returned to Milan after leaving LA Galaxy during the January transfer window on a six-month contract worth €3.5 million with the option for an additional season.

The Swedish forward had a huge impact on Stefano Pioli’s side, scoring 11 goals to help the Rossoneri to a sixth-place finish after languishing in the bottom half of the table before his arrival. 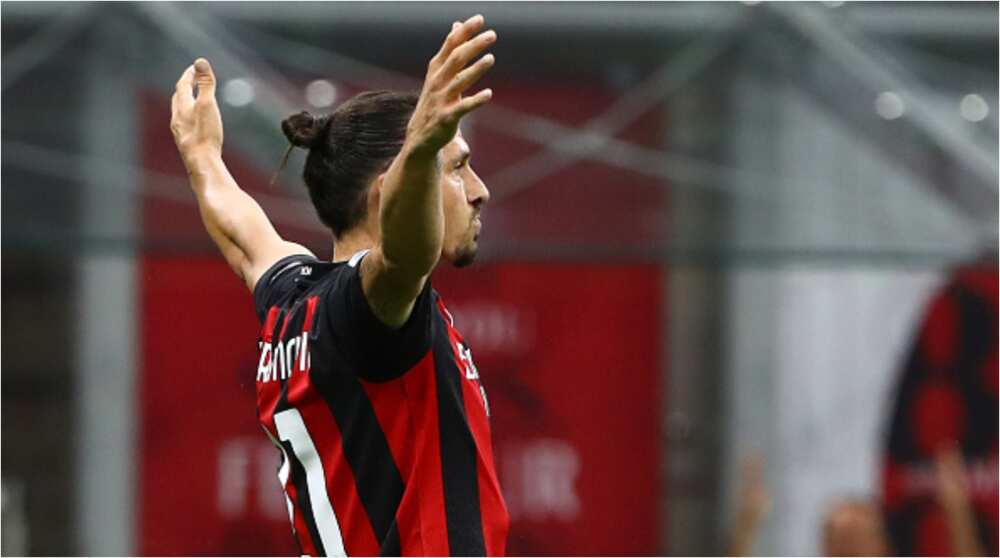 The Brazilian center-back spent eight seasons with the Parisians winning seven Ligue 1 titles in the process. The 35-year-old was unveiled by the west London club after signing a one year deal having the option of a further year.

Legit.ng earlier reported that Manchester United defender Marcos Rojo has explained how he made Zlatan Ibrahimovic angry by calling him ‘big nose’ when he was playing for Manchester United.

Ibrahimovic helped Jose Mourinho at Manchester United winning the Europa League title and also the League Cup before he left.

The Argentine explained that Zlatan Ibrahimovic was angry with him not giving him a pass when Manchester United were facing an opponent at home.