‘End of the road’ on Brexit: EU’s top negotiator Michel Barnier ‘rings round European leaders’ amid fears trade deal talks with UK are on brink of collapse

The EU’s top negotiator has ‘rung round Europe leaders’ amid fears trade deal talks with the UK are on the brink of collapse.

Michel Barnier is trying to get Boris Johnson to compromise and has asked German Chancellor Angela Merkel and French President Emmanuel Macron for support.

It comes as Tory MPs warn the EU it must realise the UK is ‘under new management’ and will not cave in during Brexit talks ‘like Theresa May’. 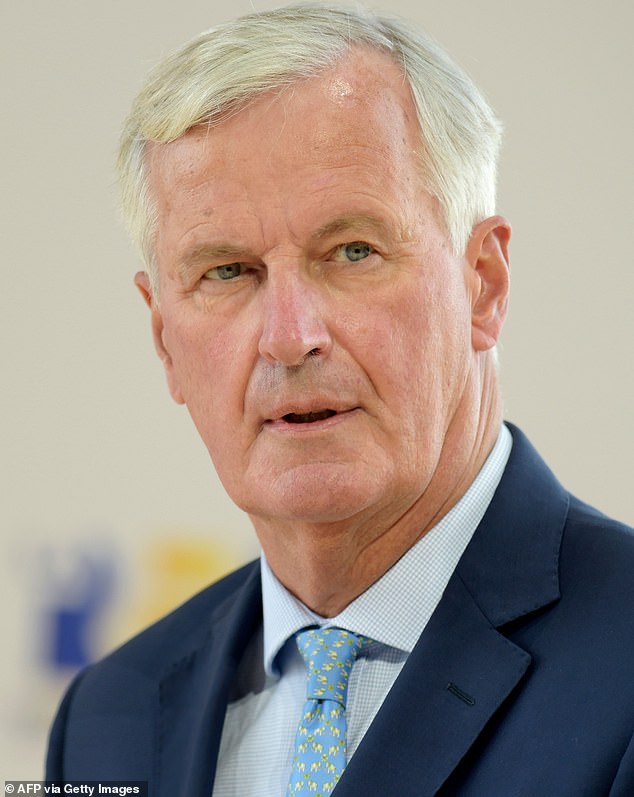 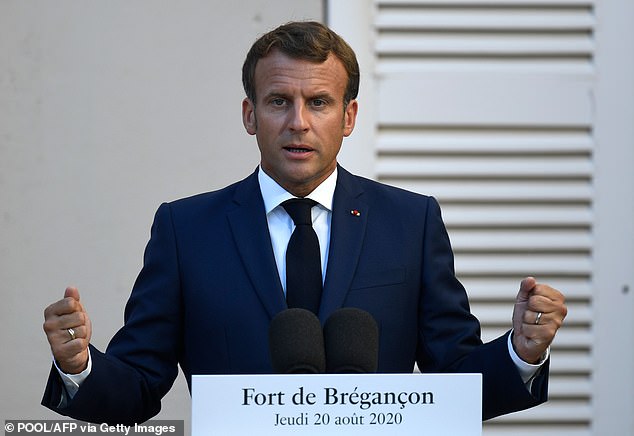 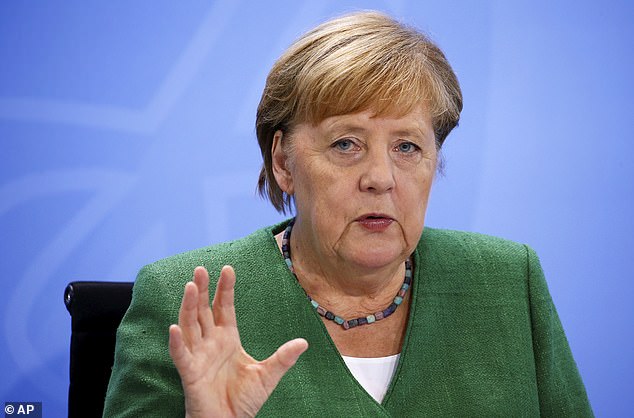 The German government (pictured Chancellor Angela Merkel), which holds the rotating presidency of the EU council, had intended to discuss Brexit during a meeting next week

An EU insider told the Daily Express: ‘[Michel Barnier] thinks we’re coming to the end of the road.’

Germany currently holds the rotating presidency of the EU Council and had intended to discuss Brexit during a meeting of ambassadors scheduled for September 2.

But it was dropped due to a lack of progress in recent months in discussions between Brussels and the UK as they try to agree the terms of the future relationship.

EU officials accuse London of a ‘wasted summer’ and are said to be increasingly of the view Downing Street is prepared to walk away without a deal and blame the Bloc.

Tory MPs believe the move to drop Brexit from next week’s meeting is posturing by Brussels and is part of a bid to pile the pressure on Number 10 to make concessions.

Senior Tory figures have claimed the EU ‘still fails to understand’ that the UK is now ‘under new management’ and will not be pushed around during talks. 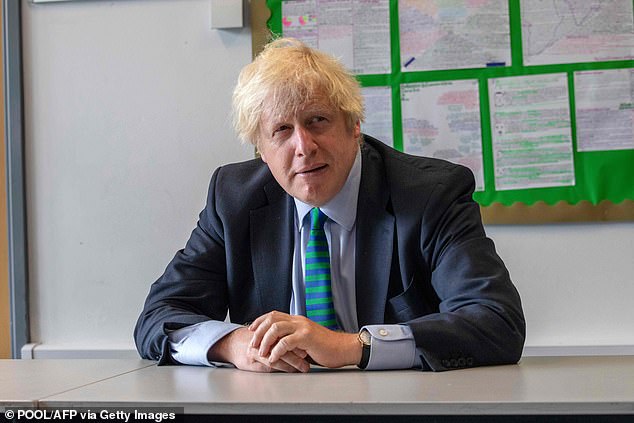 But a lack of progress means the matter has been dropped from the agenda. Tory MPs today warned Brussels that Boris Johnson, pictured during a visit to a school in Leicestershire, yesterday, will not cave in during negotiations

One senior MP told MailOnline: ‘This has always been the pattern. David Davis said this very early on in his term as Brexit Secretary.

‘He said that the way the EU operates is that they make the decision at the last minute or even stop the clock.

‘There could be an element of the EU wanting to put pressure on the UK. They may think that if we think they are not interested in a deal it will panic us but I don’t think that will happen.

‘The problem we have got is that they have set out these red lines in fishing and the level playing field and they are not willing to talk about everything else. But we are only interested in the ‘everything else’.

‘Given the time constraints it is increasingly unlikely that we will get a comprehensive agreement.

‘I think what the EU still fails to understand is we are under new management now and it is not like it was under Theresa May.’

It had been hoped Chancellor Angela Merkel would emerge as a dealmaker during crunch talks this autumn.

An EU diplomat told the Guardian: ‘People underestimate how bleak the mood is in the EU negotiation team.

The source added: ‘If they [the UK government] see it’s not going to work out they are just going to try and make it really acrimonious.’

Another EU diplomat with knowledge of the agenda said Brexit had been removed after last week’s round of talks between London and Brussels made little headway.

But a UK official told the newspaper the Bloc had been slowing progress by making sure decisions on each area are taken in parallel.

Michel Barnier, the EU’s chief Brexit negotiator, on Wednesday repeated his call for a deal with Britain on future ties to be completed by the end of October.

He said he had no plans to meet his British counterpart David Frost this week, adding: ‘But perhaps next week, if conditions allow.’

Disagreements over state aid rules and fishing quotas have so far thwarted a deal, which the EU says must be in the making in time to be approved at an October 15-16 summit of the bloc’s 27 national leaders to enable ratification this year.