– The 22-year-old has been unveiled at Crystal Palace

Eberechi Eze will be playing in the English topflight next season as Premier League club Crystal Palace have completed the £20million signing of the British star of Nigerian descent.

Eagles’ boss Roy Hodgson beat off West Brom’s late bid for the England Under-21 attacking midfielder after Fulham pulled out of the hunt as he signs a 5-year-deal.

The deal to secure his services is for £16m up front with £4m in potential add-ons.

The midfielder was impressive for the Hoops in the outgone season after scoring 14 goals and eight assists in 46 appearances across competitions. 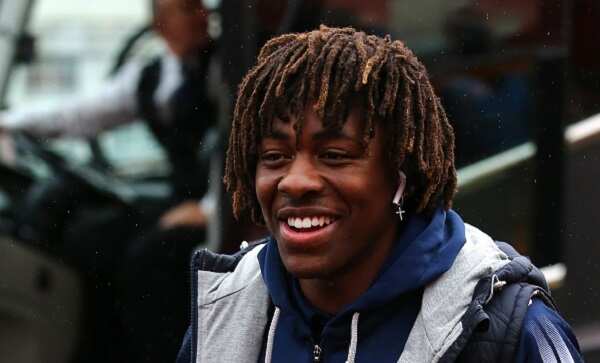 Eze said: “As a football club, I feel like there are great players here and it’s a brilliant opportunity for me to come and be with these players, to link up with them and to really push on.”

Palace chairman Steve Parish feels the deal underlines the club’s commitment to buying younger players, and said: “Eberechi is a player whose development we have followed closely.

We are delighted he has chosen to sign for us over the other clubs that were interested and we feel that this is the right club for him to continue his development.

“With our Academy recently securing Category 1 status, this further illustrates our focus on youth as we look to consolidate and improve upon our position as a Premier League club.”

Meanwhile, Dean Henderson has signed a new five-year deal at Premier League side Manchester United and he is ready to fight for the number one position.

The goalkeeper played on loan last season at Sheffield United, and was impressive for the side before he returned to Old Trafford at the end of the term.

Legit.ng earlier reported that Thiago Silva could be wearing the prestigious captain’s arm-band for Chelsea if he completes his move to Stamford Bridge according to reports.