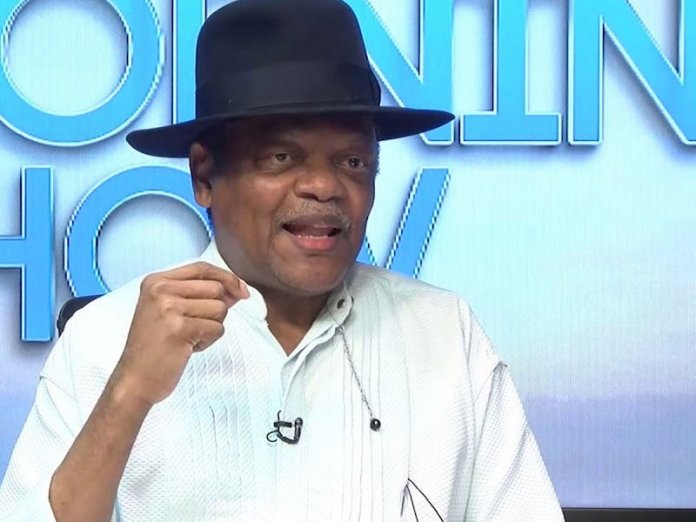 Anap Foundation COVID-19 Think Tank (AFCTT) has called on the federal government to fully reopen the economy in order to save it from collapse.

It also urged the government to reopen all educational institutions and lift curfew and restrictions on movement and international travelling that were imposed to curb the spread of the COVID-19 pandemic.

It noted that the dismal performance of the economy, which according to the report of the National Bureau of Statistics, declined by 6.1 per cent in the second quarter of 2020, has “conclusively exposed the fragility of our economy and its inability to cope with disruptive lockdowns and needless curfews.”

The foundation gave the suggestions in its Occasional Paper 02 titled: “As Nigeria Enters a New (Second) and Defining Phase of its COVID-19 Response,” that was published on August 26, a copy of which THISDAY obtained yesterday.

AFCTT, which was established on March 22, 2020, to help Nigeria’s respond to COVID-19, said: “We must now reopen the economy fully as there is a reasonable basis for believing that sub-Saharan Africa will be spared from the worst possible COVID-19 outcomes. However, proactive strategies for identification, containment and management of outbreaks should be put in place. Our observation in sub-Saharan Africa is that most infected individuals will survive while the minority will have severe adverse consequences and require hospitalisation.”

It also recommended that the country “needs innovative behaviour change communication (BCC) strategies to overcome widespread myths and misconceptions among the citizens.”

“Local channels such as town criers and other platforms used by people in the communities will prove invaluable,” it added.

The foundation canvassed the engagement of the civil society, religious and opinion leaders, youth organisations, influencers and volunteer networks in the “implementation of COVID-19 control measures to think through and proffer context-specific responses to the call for social distancing in overcrowded cities and informal settlements must be given priority at this time.”

This, according to AFCTT, was important because the “Presidential Task Force constituted by ministers and heads of government agencies are largely seen by the average Nigerian as an elite club speaking to their peers to protect the health interests of the elites only.”

AFCTT suggested that government and citizens should target, in the short and medium terms, the achievement of the scenario where “the infection itself will burn out, based on its isolation from massive non-pharmacologic public health measures, provided individuals see the devastation that can accompany the infection (including the long-term sequelae (sic) reported to accompany mild infections) when people live carelessly.”

“All remaining curfews nationwide should be lifted immediately. The governments at all levels and the private proprietors must invest heavily in the planned reopening of schools across the country if we are to prevent an avoidable disaster. We accept that schools must now be reopened and so the debate must shift to ensuring minimum accompanying measures and installations to help achieve a safe reopening,” it stated.

The foundation also called for the strengthening of the coordination of the national response units such as the port health services and immigration at international airports, the COVID-19 test centres, mobile teams and communication arms for better efficiency in order to build better trust among the citizens and secure their buy-in.

“The opinion of most Nigerians now is that the COVID-19 response is as chaotic and inefficient as many other aspects of our national life,” it said, adding that “building a pandemic resilient system will require mainstreaming and strengthening the huge informal community-based health care system of Nigeria to deliver the care and enforce community participation that is needed during pandemics.”
It stated that the “burial protocols released by the Nigeria Centre for Disease Control (NCDC) need to be enforced across the country as currently many states are ignoring these guidelines.”