– The BBC has tendered an apology to the president of the AfDB, Akinwumi Adesina

– However, in a tweet on Friday. August 28, the BBC withdrew tag and even edited it

The British Broadcasting Corporation (BBC) in Africa has apologised to Akinwumi Adesina, the re-elected president of the African Development Bank (AfDB).

In a report that announced the victory of Adesina, the BBC described him as a flamboyant Nigerian banker, a tag which has brewed a lot of heated reactions from the country.

However, the foreign online media house expressed regret for this and explained that it was not intended to offend the high respected Nigerian and that this description is not relevant to the news of Adesina’s re-election. 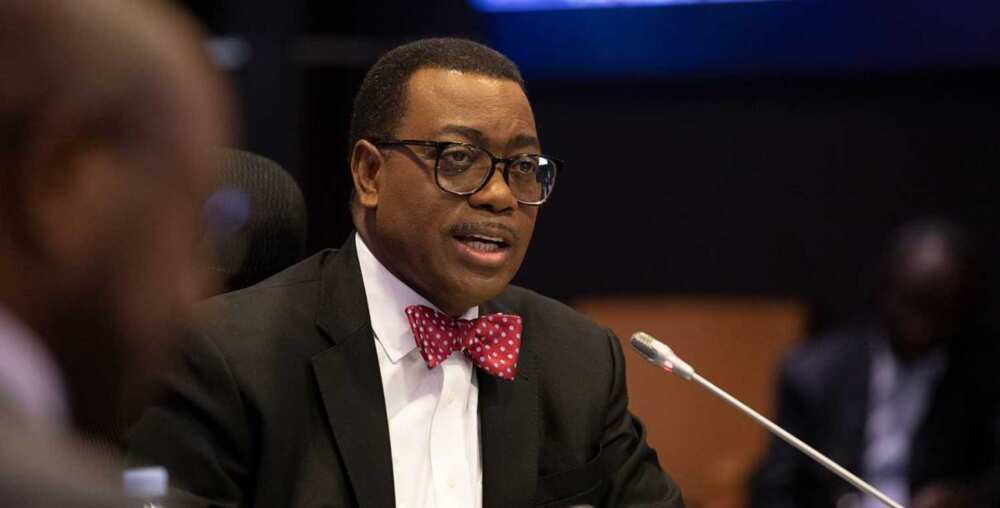 Added to this, the BBC stated that it has edited the title of Adesina to African Development Bank president.

Meanwhile, Legit.ng reported that Adesina had reacted to his reelection as the president of the AfDB, with the former minister describing his victory as another historical clarion call to serve.

Adesina, who was first elected as the 8th AfDB president back in 2015, is the first Nigerian to serve as head of the bank group.

Reacting to his victory, the former Nigerian Agriculture minister said he made history because he was reelected by “100 per cent votes.”

“Of course, right now, the sound that is the loudest in my ears is the announcement of my re-election as President of the African Development Bank for a second term.

Also, President Muhammadu Buhari had congratulated Adesina on the clearance of all allegations against him.

The clearance came after a report by an independent panel submitted a comprehensive report on its investigation into the many claims against Adesina.

Part of a statement by Femi Adesina, a presidential media aide, published on Facebook concerning the development stated that the position of the panel is further validation of the AfDB’s boss competence and integrity to lead the institution.