– According to her, life has become unbearable after the two fathers of the children both left her with all the kids

Ghanaian single mother of 12 by the name Abena Panin has revealed that she gave birth to many children because she wanted to have a baby girl.

In a narration to Crimecheckfoundation, the 42-year-old mother indicated that life has become so hard, feeding the children is a big problem as she cares for them alone.

She disclosed that eight of her boys have not even been circumcised because of lack of money when they were given birth to.

Who is LaToya Jackson? Top details about her family, career, love life, and more

Watch the full video below:

Abena said that although she is a great trader, she is unable to get loans from the government because of her many children and has got to the point where she sometimes thinks of giving up.

The woman said she and her first husband separated after having four children and when she moved on, she met another man with whom she had four sets of twins because she badly wanted a baby girl.

In her own words:

“I continued to give birth because I wanted to have a daughter. When I came back from the hospital after delivery, he had fled so his father catered for me and the children. Life became a struggle so we depended on alms.” 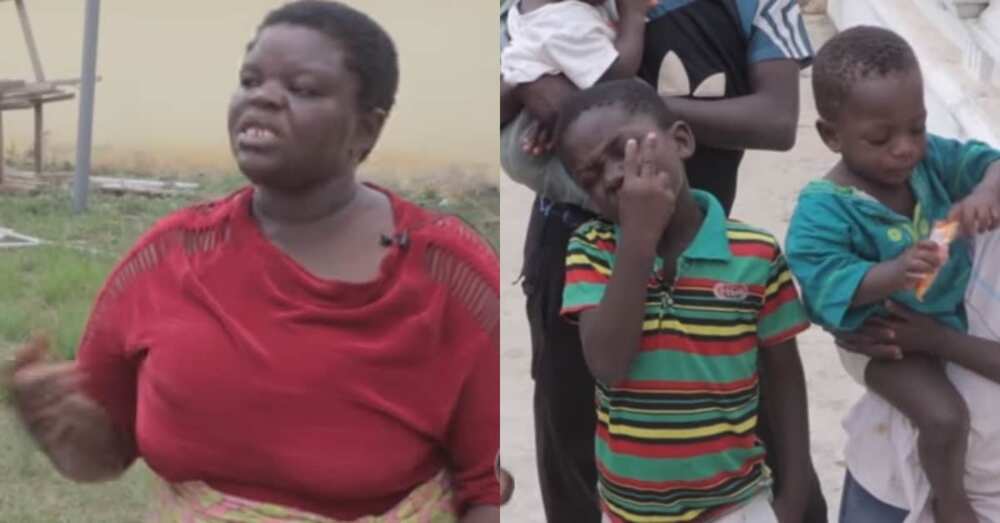 The 42-year-old lady could not hold back her tears when Crime Check Foundation’s founder, Ibrahim Oppong Kwarteng handed her GHc 1000 (N66,931.01) to help cater for her needs.

Fascinating facts about the personal and professional life of Jodie Sweetin

In other news, a 64-year-old Ugandan woman identified as Safinah Namukwaya has given birth after 24 years of marriage.

The woman, who got married to her husband Badru Walusimbi in 1996, live in Nunda Village in Lwabenge Sub County, Kalungu District,

Safinah tried having babies in her first marriage (1973-1987) with another man, but had an ectopic pregnancy where the baby developed outside the main cavity of the uterus and did not survive.