The forthcoming 2021 governorship election in Anambra state has torn the Peoples Democratic Party (PDP) apart as the party disowned an alleged zoning arrangement.

A former governor of the state, Chukwuemeka Ezeife, and some prominent members of the party had at a meeting recently supported the zoning of the 2021 governorship position to Anambra South senatorial zone.

Vanguard reports that the PDP chairman in the state, Ndubuisi Nwobu, however, disowned the zoning agreement on Wednesday, August 26. 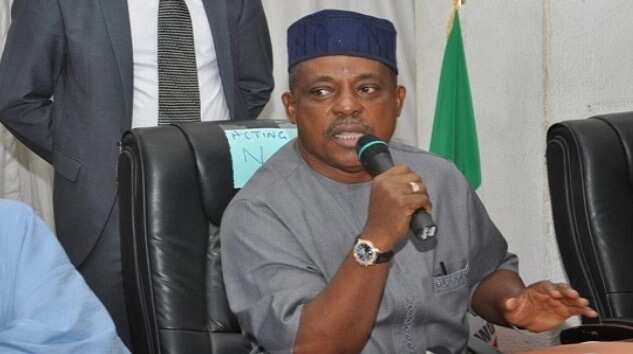 Legit.ng gathers that Nwobu said Ezeife and those party members who agreed on zoning were on their own.

He said the party had long rejectd the zoning of the governorship position to any part of the state.

Nwobu explained that doing so would negate the constitutional right of those who seek to contest for the position.

The PDP chairman said that even if the party would consider zoning, the decision would be made by the leadership, not just some few people.

Meanwhile, ahead of the scheduled October 10, 2020, Ondo governorship election, the Vanguard for Justice and Fairness in PDP (VJP) has urged the national working committee of the PDP to stay united.

The VJP encouraged members of the committee to throw their weight behind Eyitayo Jegede, the party’s choice of governorship candidate for the Ondo election.

The political group reminded the committee that doing anything other than supporting the party’s choice for the election may ruin the chances of winning at the October 10 poll.

In other related news, Governor Udom Emmanuel of Akwa Ibom state has said the PDP in the state is a model to be emulated by all others across Nigeria.

The governor made the remark while commending the peaceful organization and transparency in the conduct of the state party congress and the seamless transition of leadership on Thursday, July 30.