– Identified as Rekiya Jibrin, she stated that the incident happened on August 23, when she was in his employ

– Rekiya shared photos of her bruised face, alongside medical reports as proof of the assault

A lady has called out Paschal Okechukwu popularly known as Cubana ChiefPriest for allegedly assaulting her at a recent event in Owerri, Imo state.

Identified as Rekiya Jibrin, she left tongues wagging after she took to the platform to allege that the celebrity barman punched her while she was working at Cubana in Owerri on August 23. 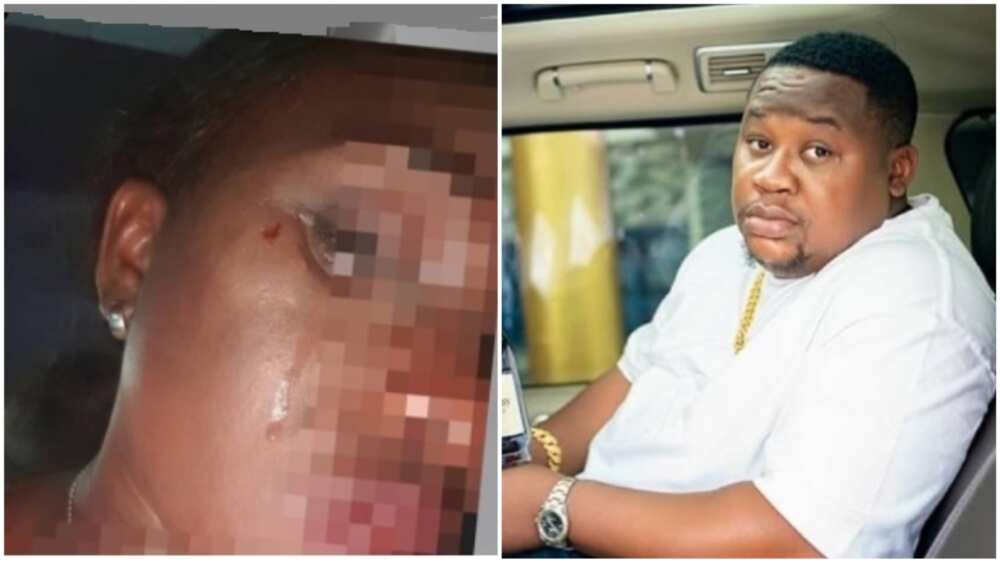 Lady calls out Cubana ChiefPriest for allegedly assaulting her at a recent event in Owerri
Source: Twitter

Sharing photos of her bruised face alongside a copy of her medical report and Police report, she stated the there were people who witnessed the incident. Rekiya added that she would have suffered more if customers didn’t hold him back.

She went further to say she has made a report for him to be arrested. 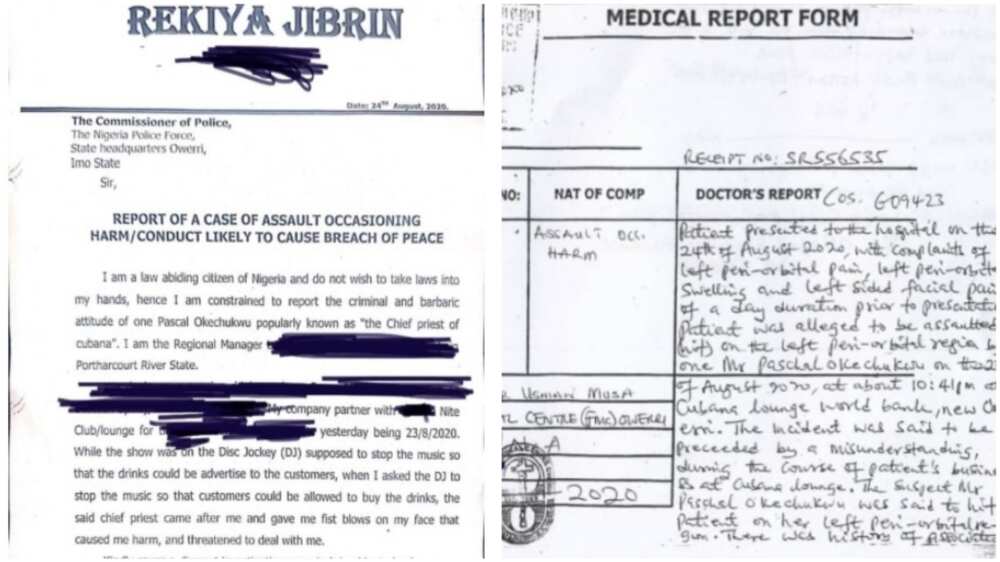 Lady calls out Cubana ChiefPriest for allegedly assaulting her at a recent event in Owerri
Source: Instagram

She continued: “Witnesses at the scene saw him punch me in the face and after doing so, Chief Priest was held back by paying customers to stop him from attacking me any further. I have not taken the assault lightly and have made a report to have him arrested. Swipe for Hospital report and police report. Say NO to violence against women. Women’s Lives MATTER.”

The celebrity barman isn’t the first to be accused of abuse by his staff.

Recall only a few months ago, a young lady took to social media to call out one of the biggest actresses in the Nigerian film industry, Funke Akindele.

The young lady identified as Cassandra Owolabi aka Khassie recounted how she used to work for the actress and the physical and emotional abuse her members of staff allegedly had to endure.

In a now-deleted video that was shared on social media, Khassie said that Akindele’s staff had to endure physical and emotional abuse as the film star had been known to use degrading words on them.