– The 33-year-old is also wanted by Man United, Man City and PSG including Chelsea

Lionel Messi reportedly sets sight to renewing rivalry with Cristiano Ronaldo if he decides to join Inter Milan this summer.

The six-time Ballon d’Or winner has made it clear he wants to leave Camp Nou after handing them a transfer request earlier this week.

Though the likes of Manchester United, Manchester City and Chelsea are interested in luring him to their clubs, the 33-year-old has been tipped to join Antonio Conte’s side.

SunSport quoting Messi’s ex-agent Josep Maria Minguella believes his ex-client is ready to explore the Italian League having spent all his professional career at Barca. 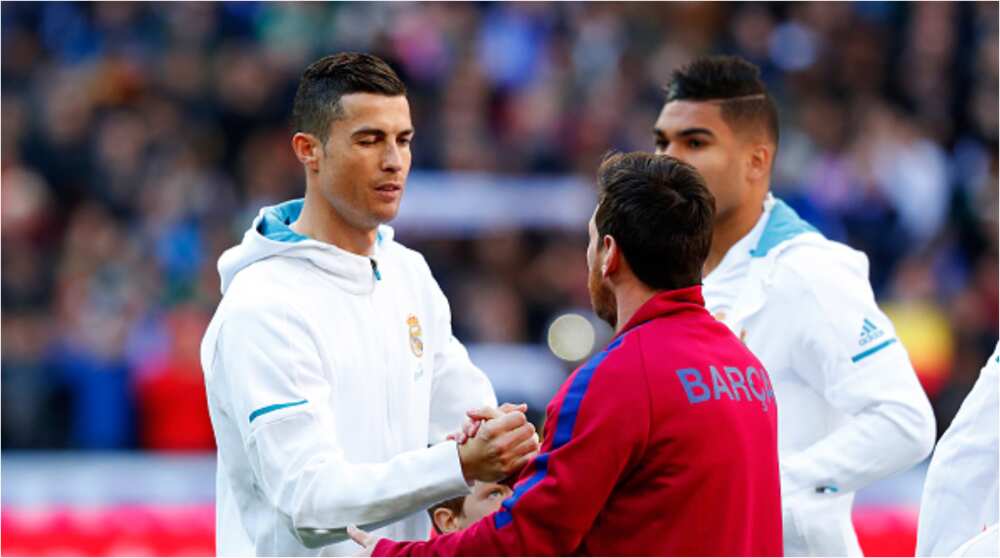 The 79-year-old told Spanish radio station Cope: “For me, Messi already has a team: Inter.

“In Italy they pay less taxes for what could be, in fact, there is Cristiano Ronaldo. It is more difficult for me to see him in England no matter how much his friend Aguero and Guardiola are in City.

“Now in Italy they are trying to revitalise the world of football with great signings and with these advantages in the advertising contracts of the footballers.”

The publication reveals that Messi was unhappy at the club all season long following their failure to bring Neymar back, as well as signing Antoine Griezmann and sacking Ernesto Valverde.

His anger was aggravated due to the treatment meted out to his teammate and pal Luis Suarez, after new boss Ronald Koeman told him in a two-minute conversation that he would not be part of his plans.

Meanwhile, Messi’s clause which allowed him to walk away from his deal was said to have expired in June and the Argentine felt the elongated season due to COVID-19 should have applied.

However, any club interested in taking him away from the Camp Nou must meet their £630 million valuation.

According to El Pais, FIFA will not stand in their way if they hit the eject button.

Legit.ng earlier reported that Embattled Lionel Messi will reportedly show up at Barcelona training on Monday ahead of their preparation for the new season.

Having spent over 17 years at the club, the Argentine is open to starting afresh elsewhere despite not having many years left to play.