Former Manchester CIty midfielder Gareth Barry has announced his retirement from professional football at the age of 39.

The Aston Villa legend draws the curtain on his 22-year career as the Premier League’s all-time appearance holder with 653 EPL matches.

Apart from the Villa and City, he also featured for the likes of Everton and West Bromwich Albion during his over two decades reign.

Barry helped the Baggies regain promotion to the English topflight in his last season with them before calling it quit.

The ex- England international scored a total of 53 goals and 64 assists in 653 appearances across competitions according to Daily Mail. 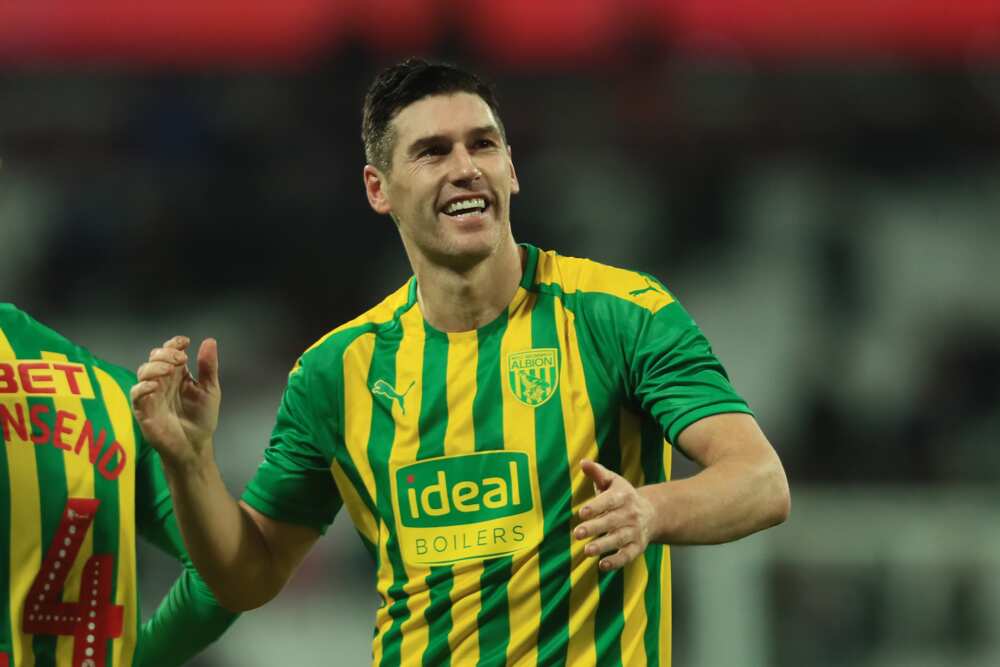 Gareth Barry in action for West Brom on their way back to the Premier League – Getty Images
Source: Getty Images

He started his senior career at the Villa Park in 1998 – featuring in no fewer than 331 games for the London club.

The 39-year-old went ahead to join Man City in 2009 – scoring eight times and assiting 18 others after 175 matches for the Citizens.

During his reign at the Etihad Stadium, the midfielder won one Premier League title (2011-12) and the FA Cup in 2011.

Barry secured a £12 million move to Everton in 2014 having spent one year on loan at the Goodison Park. He won the Toffees player of the season during the 2015-16 campaign.

Some of his former clubs took to social media to pay tribute to the legendary midfielder after announcing his retirement.

Aston Villa wrote on Twitter: ‘441 appearances, 52 goals and more than a decade of service at Villa Park. Wishing Gareth Barry all the best in his retirement, and congratulations on a wonderful career!’

Top facts about Arsene Wenger: His family, career, height, and net worth

Meanwhile, the Baggies wrote: ‘An extraordinary, record-breaking career. All the best in retirement, Gareth Barry.’

Meanwhile, midfielder made 53 appearances for England between 2000 and 2012, scoring three goals in total.

Legit.ng earlier reported that Freddie Ljungberg has announced his departure at Premier League side Arsenal so as for him to pursue his career in coaching this summer.

Ljungberg was one of the best players years back under former Arsenal coach Arsene Wenger as he was part of the Gunners’ team who finished the season unbeaten.

And after retiring from the round leather game as a player, he decided to go into coaching and has managed Arsenal U15 and U23 squads before moving to Germany.