– Top Nollywood actress, Genevieve Nnaji, recently took to social media to share a cute photo of herself with her dog

Nollywood actress Genevieve Nnaji recently took to her page on Twitter to share a lovely photo with her cute brown dog.

The actress was casually dressed, a beautiful sunshade seated on her face as she posed in a car with her pet.

Taking to her social media page to share the photo, the Lionheart film star accompanied her post with, hey there. 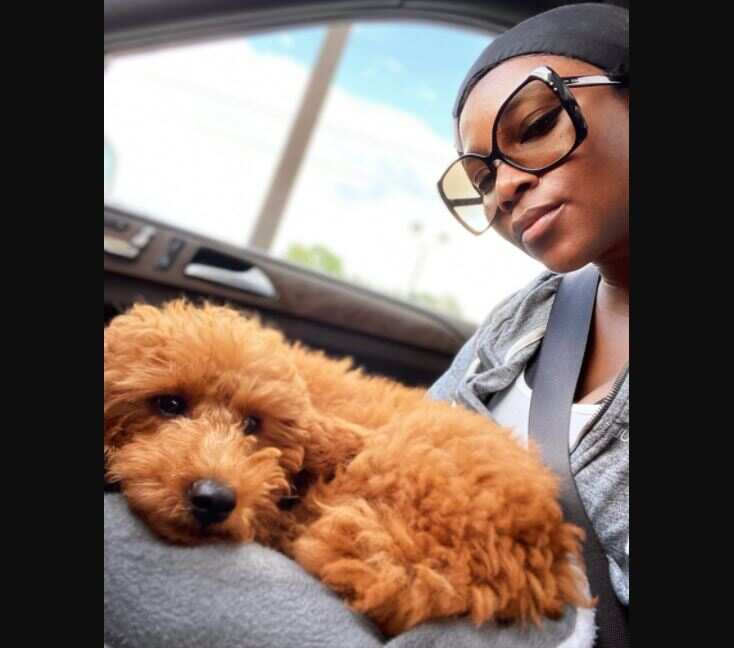 Many fans and followers took to her comment section to gush over her while others were surprised that she was responding to comments.

Of all the comments from her followers, one stood out and it was from a Twitter user identifed as JoeBoyLala (@Oyebade_). The young man told the star actress that he is sure she smokes weed. He accompanied the comment with a purple heart emoji.

He wrote: “I’m so sure you smoke weed Genny!”

JoeBoyLala’s comment threw a lot of people off especially the film star. Despite being known for her calm demeanor, Genevieve took to the comment section to react to the fan’s post.

The star actress seemed to be both surprised and greatly amused. She reacted with a series of interesting emojis that showed her mood. She also wondered what made the fan assume that she smokes.

See her reply below:

In other news, Legit.ng reported that Genevieve has been appointed as an ambassador for the Toronto International Film Festival (TIFF) 2020.

The TIFF invites 50 celebrated filmmakers and actors as ambassadors every year. Due to the COVID-19 pandemic, TIFF 2020 will be opting for digital screenings and virtual red carpets this year.

The festival, slated to be held from September 10 to 19, also announced film stars like David Oyelowo, Priyanka Chopra, Nicole Kidman, Ava DuVernay amongst many others.

According to the festival, many of the ambassadors will engage with audiences through interactive digital experiences and events.

Rita Dominic and Genevieve Nnaji, whom do you think will get married in 2020? | Legit TV