Of all the prizes that BBNaija Lockdown housemates Erica and Neo may have won, they may also have another prize waiting for them outside the house.

The housemates seemed to have wormed their ways into the heart of singer Burna Boy as he has promised to consider them to star in one of his music videos.

On Wednesday, August 26, the Odogwu crooner was in the Big Brother house to preview his recently-released album Twice As Tall with the housemates.

Listen to the new tune by Zlatan – Quilox 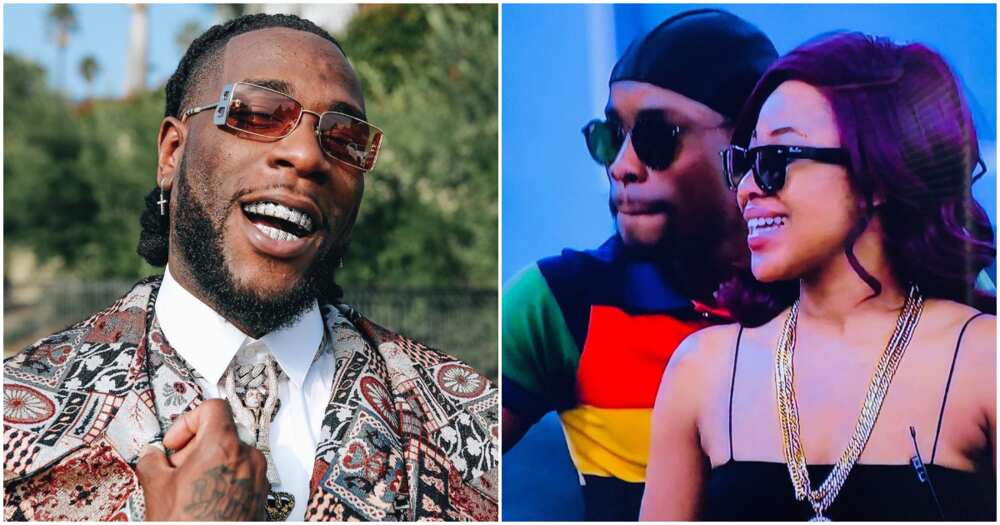 This led to a task given to the housemates. They were to have a live performance of songs from different artistes. Erica and Neo fell in the same group, which was named after Burna Boy.

They were expected to sing his song, On The Low, and the housemates rehearsed very hard for it.

Surprisingly, the Ye crooner reacted to the tweet and agreed that the duo did well in their performance.

He went on to note that he might call on them to star in the video of one of his songs called Onyeka.

It was earlier reported that Legit.ng readers revealed the love relationship that would last long after the show.

Legit.ng recently carried out a poll on social media to ask its readers which of the relationships would last long after the show and they responded.