– Kaycee Madu, a Nigerian, has been appointed as the provincial justice minister of Canada

– The development has caused great joy to President Muhammadu Buhari

The Nigeria-born Kaycee Madu, who was recently appointed to be the minister of justice and solicitor general for the government of Alberta, in Canada has received a presidential accolade.

Madu was congratulated by President Muhammadu Buhari on Thursday, August 27, for his new appointment. 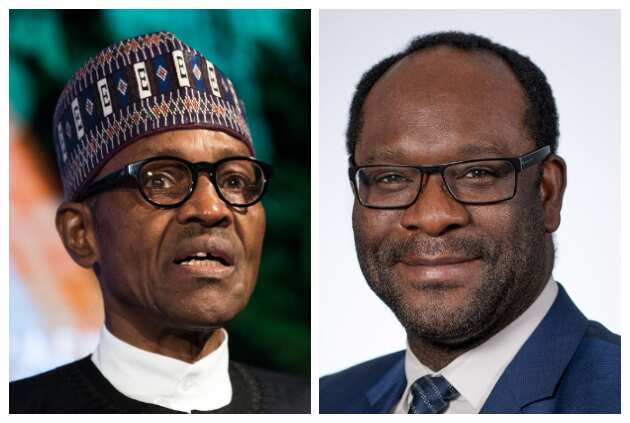 Through Femi Adesina, a presidential media aide, President Buhari pointed out that Madu is the first African to become a provincial minister, secretary and keeper of the Great Seal of the Province in Alberta.

Referring to the honour as landmark and historic, the president said that the appointment once again puts Nigeria on the international map for good reasons.

Buhari added that as the first black justice minister and solicitor-general in Canada, Madu has written himself into history books.

The president, therefore, encouraged all Nigerians to emulate Madu and be good ambassadors of the country.

Earlier, Legit.ng reported that Madu had been appointed minister of justice and solicitor general of the Province of Alberta in Canada.

Madu took to his LinkedIn page to reflect on his new appointment and vowed to ensure that everyone in Alberta has access to equal justice.

He said his legal work has always been informed by the fundamental belief that everyone deserves equal access to justice, adding that this will never change.

Madu said he cherishes the Canadian Charter of Rights and Freedoms, which said: “Every individual is equal before and under the law and has the right to the equal protection and equal benefit of the law without discrimination.”

He assured that those words in the charter would flourish in the lives of Albertans and inspire confidence.

Madu added: “I look forward to working on many critical democratic reforms, including recall legislation and important citizenship initiative referendums, and taking the lead role on the implementation of our government’s fight for a fair deal within the confederation.”