– Governor Ifeanyi Okowa is concerned about some challenges facing Nigeria

– According to the governor, factors such as insecurity and power failure are having effects on the economy

The governor stated this on Thursday, August 27 at an interdenominational thanksgiving service to mark the 29th anniversary of the creation of Delta state at the Cathedral Church of St. Peter (Anglican Communion), Bishops Court, Asaba.

He acknowledged the benefits of a new state and said that Asaba and the entire state would have been less-developed than it is today if the state had not been created. 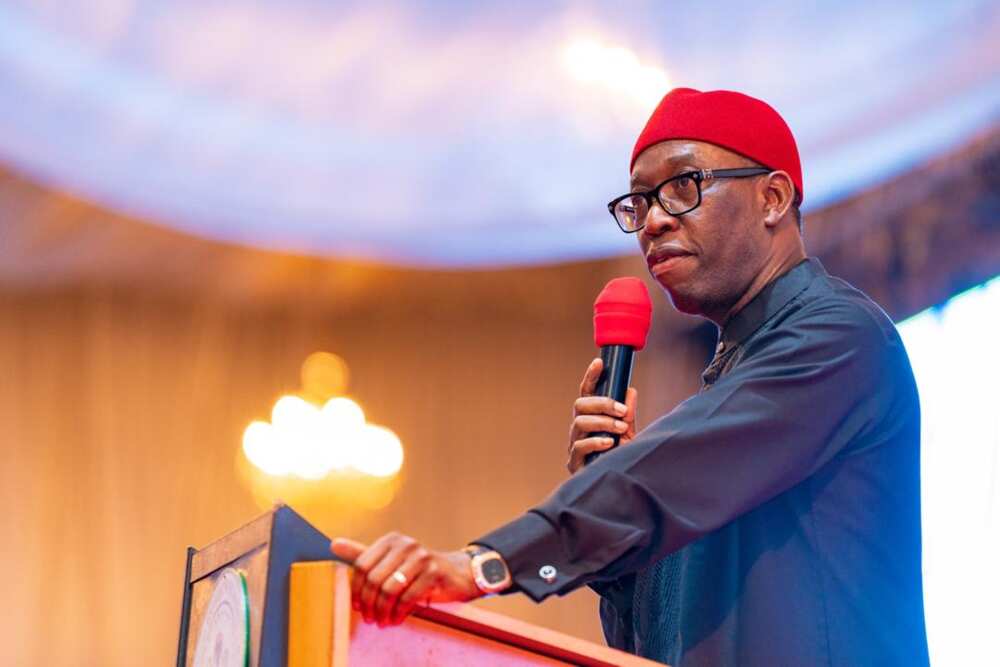 Governor Okowa is concerned about the challenges of Nigeria as a country. Photo credit: @DSGovernment
Source: Facebook

He thanked religious leaders for their prayers for the state and the people, saying “brighter days surely lie ahead of our people.’’

The governor recalled that: “29 years ago, this state was created out of the former Bendel state; we all rejoiced and we still rejoice till date. The Lord has done great things for us as a state and as a people in the past 29 years.

“I recall that even with the creation of the state and the joy, there were challenges that came with it. But 29 years later, we have realised that staying together we are able to develop our state, ourselves and our families, and to God be the glory.

“It is important that we continue to stay together because we have achieved reasonable peace and unity.’’

He said that industrialisation of Nigeria was one good strategy to grow the nation’s economy, but observed that “challenges are actually so much that in the world today when you talk about our nation Nigeria, it’s like there is a question mark that follows and tends to limit the investing public from coming to us.’’

“The challenges of insecurity which is very key and very importantly, challenges of power failure which is also very significant limit industrialization.

“But, we must put our trust in God and allow Him to lead us because His wisdom is greater than the wisdom of the world,’’ Governor Okowa said.

The defunct Bendel state consisted of Edo and Delta states.

Meanwhile, the Ijaw Youth Council (IYC) has thrown its weight behind the forensic audit of the Niger Delta Development Commission (NDDC).

The president of the group, Timothy Igbifa, said the forensic audit should be allowed to go on as it will reveal the identity of those responsible for the corruption in the commission.

Igbifa condemned the media trial of the acting managing director of the NDDC, Kemebradikumo Pondei, and the Interim Management Committee, urged Nigerians to support the forensic audit being carried out by the NDDC.