– According to the elders, the report by the UK-based group is capable of inciting violence in Nigeria

The Concerned Yoruba Elders and Patriots (CYEP) on Tuesday, August 26, expressed shock over a recent report by the United Kingdom’s parliament on killings in some regions in Nigeria.

The Yoruba elders said such allegations are targeted at creating ethnoreligious divisions in the country.

CYEP at a press conference said allegations of genocide against Christians in Nigeria are not only false but capable of provoking crisis between Christians and other religious groups.

The leader of the group, Arokoyo Sunday, at the press conference, warned that the implication of such claim could have a negative effect on the peace and unity currently witnessed among Nigerians.

However, while admitting that there are pockets of violence in some parts of the country, CYEP said it has no religious colouration as Christians are targeted just like every other religious group.

Sunday added that members of the group were amazed to read the statement credited to some foreign groups accusing the Nigerian government of supporting killings against Christians. 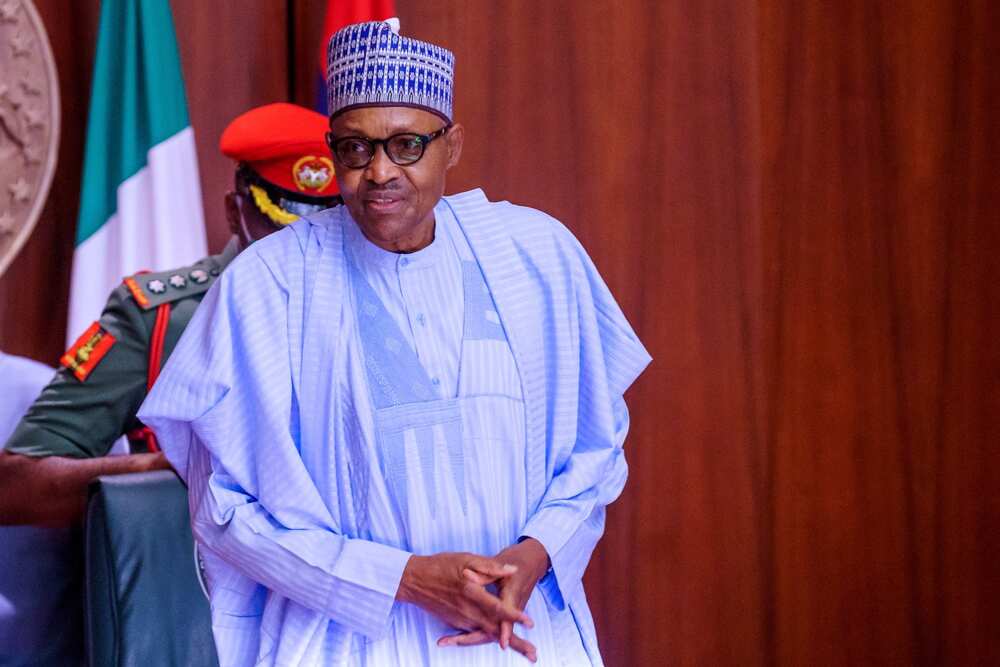 The elders condemned claims that President Buhari’s administration is in support of killings across Nigeria. Photo credit: @NGRPresident
Source: Twitter

He also urged the international community to take notice of organizations and institutions that weaponize false narratives or even fake news to twist the Nigerian reality for their gains.

The group further urged religious leaders across the country to continue to preach unity and tolerance amongst their followers.

Meanwhile, Legit.ng previously reported that some Nigerians living in the United Kingdom hit the streets of London to protest the growing violence in the southern area of Kaduna state.

The protesters marched to the Nigerian High Commission in Northumberland Avenue, with various chants.

They also accused the federal government and the Kaduna state governor, Nasir El-Rufai, of allowing the killing of Christians in Southern Kaduna to continue.

According to the protesters under the Southern Kaduna People in Diaspora Europe chapter, the international community should mandate President Muhammadu Buhari to end the killings in the state.

Also, the Christain Association of Nigeria (CAN) in Kaduna state on Sunday, August 2, agreed to a one-month prayer and fasting session.

The session planned over the killings in the state is aimed at receiving God’s intervention in the killing spree.